Ron Corn Jr. is one of less than 20 fluent speakers of Menominee, the native language of the Menominee Nation. Before European contact, the Menominee Indian Tribe spanned across 10 million acres of what is now Wisconsin and parts of Michigan, and over 2,000 people spoke their language. Today, the language faces extinction and Ron is part of the movement to revitalize the language.

Ron is so committed to this mission that he quit his full-time job so he could raise his daughter, Mimikwaeh, as a first language speaker. If he succeeds, she will be the first child in over a generation whose first language is Menominee and not English.

“I’m ensuring that the language goes a generation beyond myself,” says Ron. “And I’m going to do that through my kids, you know.”

This is just one out of many personal narratives told from a public media initiative called The Ways. A production of Wisconsin Media Lab, The Ways is an ongoing series of stories from Native American communities around the central Great Lakes.

Accompanying these multimedia-rich stories are online educational resources for 6-12 grade students, including videos, interactive maps, audio, and discussion questions to guide educators in teaching their students about Native culture and language. Through The Ways, Wisconsin Media Lab is leveraging digital media to support accessibility and engagement in learning. 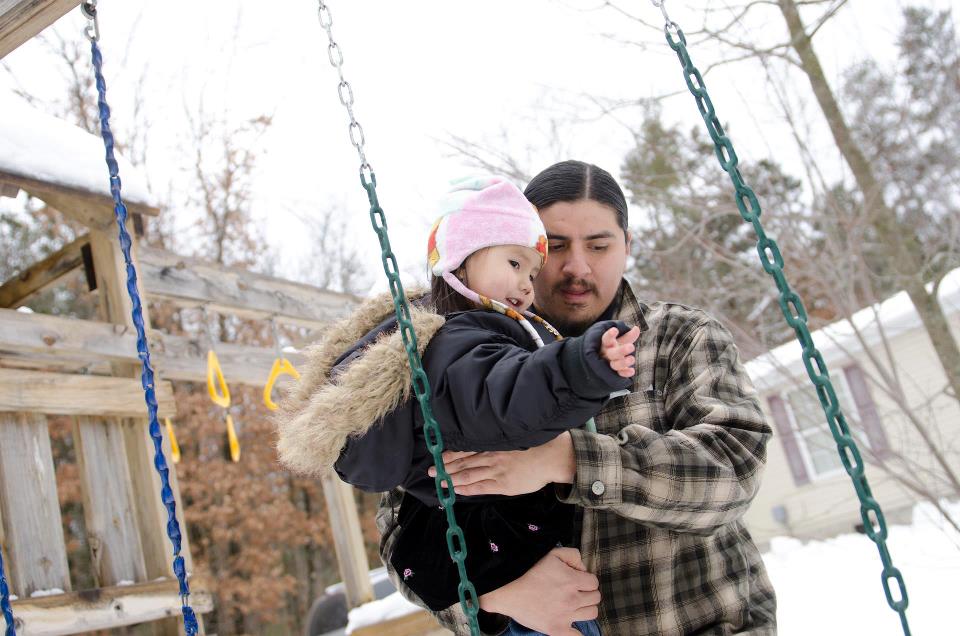 Ron Corn Jr. with his daughter. He is teaching her to be a first language speaker of the Menominee language. Source: The Ways.

Ron is teaching Mimikwaeh the Menominee language through natural immersion. This means that he talks to her completely and strictly in Menominee. With only a small handful of the community speaking Menominee (just 0.001%), the language is in danger of dying out.

But what’s important, says Ron, is to preserve a living language, one that can describe the new environments we live in now. “The language has got to make that transition if it’s going to be relevant and if it’s going to survive.”