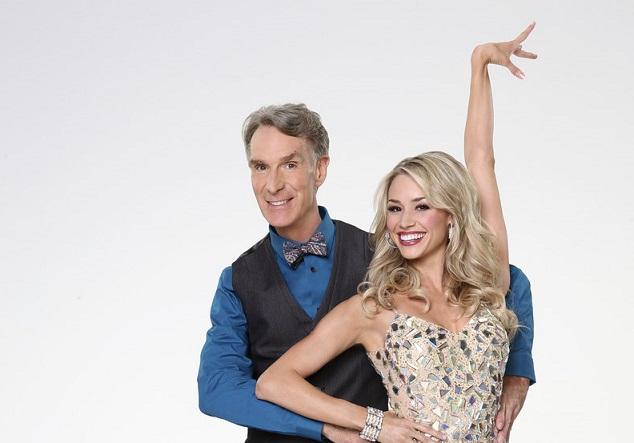 Video: Bill Nye the Science Guy and partner Tyne Stecklein dancing to “Weird Science” on the first episode of DWTS.

This week, Dancing with the Stars (DWTS) said goodbye to former PBS star Bill Nye the Science Guy and partner Tyne Stecklein when their formula for fancy footwork failed and led to their elimination. The dynamic duo kicked off the season with a quirky but appropriate cha-cha to “Weird Science”. Despite receiving the lowest score, the pair danced their way to the second week with the support of their fans. After Nye sustained a serious injury during practice, the couple concocted a futuristic jazz routine that featured Nye as a dancing robot. The judges didn’t feel the chemistry, and the two were sent packing.

I, along with a generation of Bill Nye the Science Guy fans, rooted “BILL, BILL, BILL” at every twist and turn. We got to watch him conduct a new experiment. Again, we were inspired and reminded of his contributions to our education and of public TV’s role in making these shows available to us. 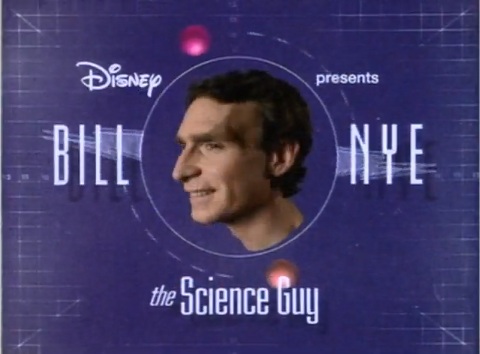 Bill Nye the Science Guy, a production of Disney Educational Productions and public TV station KCTS-9 in Seattle, originally aired on public TV from 1993 to 1998. The show also became a staple in classrooms to get pre-teens interested in the science of everyday. Set in “Nye Labs”, Bill Nye the Science Guy, a former engineer for Boeing and comedian (he played Doc Brown’s assistant in Back to the Future: The Animated Series), introduced us to a new science topic each episode. He taught us that “science rules” by using humor and radical 90’s graphics, gadgets and music. Most episodes included a song parody and music video in the “Soundtrack of Science” by “Not That Bad Records” which subbed science terms for popular song lyrics.

Bill Nye the Science Guy is just one of the many creative STEM (science, technology, engineering and math) shows public TV has brought to homes and classrooms. Public TV has played a historic role in making these shows available to kids, parents and teachers. Shows like NOVA, Zoom, Sid the Science Kid, SciGirls, Sesame Street, Nature, QUEST, Cyberchase, Curious George and more, all teach fundamental STEM skills to learners of all ages. Many of these shows include lesson plans and digital resources that teachers can use in the classroom. In fact, the NOVA Education website is the top video resource used in high schools. It’s no wonder PBS continues to be voted a trusted and safe place for kids to learn and thrive. It’s because PBS continues to inspire kids to learn about new subjects in interesting ways.

While we were sad to see Bill Nye the Science Guy retired his dancing shoes, we were happy to be reminded of his and public TV’s contributions to our growing minds. It also reminded us that challenging yourself in a new way, even when you’re a super brain, is always a good thing.

Video: “Smells Like Air Pressure” by Nyevana, a science parody of “Smells Like Teen Spirit” by Nirvana. Aired on Bill Nye the Science Guy.