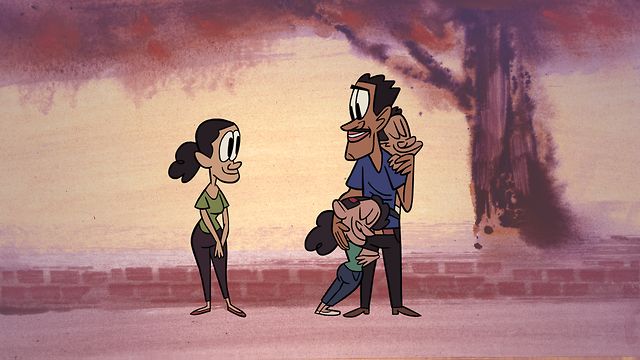 This week, StoryCorps celebrates 10 years of recording and sharing America’s most moving stories. The premise is simple – two close friends or family members have a conversation with each other about a turning point in their lives. Participants have reminisced about marriage proposals, discussed how they cope with illness, and remembered unconventional childhoods. To date, about 50,000 such stories have been recorded with about 100,000 people in all 50 states, according to NPR. The stories are archived in the American Folklife Center at the Library of Congress and shared every Friday on NPR‘s Morning Edition.

The deeply touching stories have a reputation for making their listeners cry. Morning Edition host, Steve Inskeep, confesses that he can’t listen to the tearjerkers without losing his cool. In an interview with StoryCorps founder Dave Isay, Inskeep says, “I just wait for the clock to run down so I know when to talk at the end because otherwise I know I’m going to lose it if I listen to that story. It’s deeply moving.”

Since the start of this oral history project in 2003, StoryCorps has expanded beyond audio recordings. It has animated over a dozen of its conversations into Peabody Award-winning and two-time Emmy-nominated shorts. All 14 of its animated shorts are available to watch online.

The project has also launched several special initiatives, each reaching out to targeted populations to fulfill its commitment to record as diverse an array of voices as possible. These programs include the Military Voices Initiative, the National Teachers Initiative, the September 11th Initiative, and more.

To honor this major 10 year milestone, Morning Edition and local public radio stations are airing a StoryCorps story every day this week instead of just the usual Friday morning. Tune in to your local station to listen, or sample the featured stories below.

Revisit the story of Ken Morgenstern, who was learning to cope with early-stage Alzeheimer’s disease in 2006.

Listen to the 2012 story of a single dad and his unlikely Bowdoin College roommate – his one-year-old daughter Olivia.

In 2011, Laura Greenberg and her daughter Rebecca chatted at StoryCorps in Atlanta about her not-so-normal childhood in Queens, NY. Her husband Carl and daughter join Laura Greenberg to revisit her story.