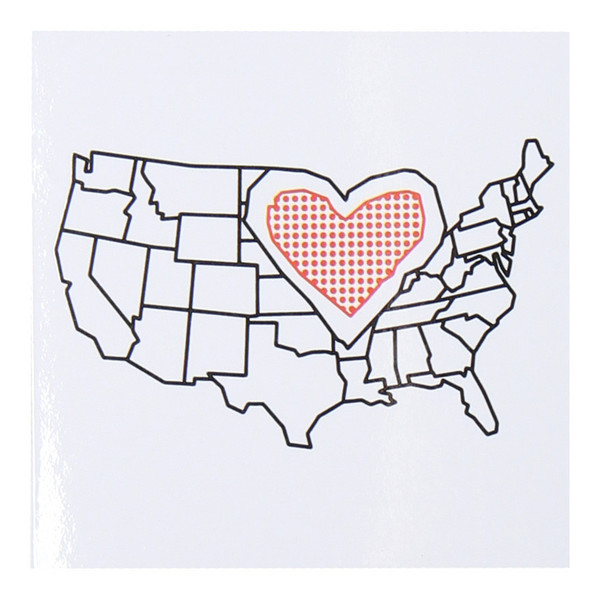 Throughout her career reporting for NPR and local public radio stations, Celeste Headlee has identified a big problem in journalism – stories from middle America aren’t getting the coverage she thinks they deserve. So she decided to do something about it.

Enter Middle Ground, a new public radio show that uncovers stories throughout middle America. Headlee, the show’s host, has teamed up with Sue Goodwin, former Executive Producer of NPR’s Talk of the Nation, to produce a weekly program that covers news, politics, and culture in the Midwest, South, and West. Stories from the coasts need not apply.

Headlee has been covering the Midwest for over a decade and is all too familiar with which stories do and don’t receive national coverage. Most recently, she was co-host of The Takeaway, the Midwest Correspondent for Day to Day, and before that, a reporter at public radio stations WDET in Detroit, Michigan and KNAU in Flagstaff, Arizona. And of the stories from Middle America that do receive national coverage, Headlee observes that they often reinforce stereotypes about a people or region.

In an email, she says, “I heard lifestyle stories from New York and L.A. all the time, but stories from Middle America are kind of anthropological: ‘Wow! The white people of Iowa voted for a black guy.’ Or, ‘They have an opera company in North Dakota! Imagine!”

The worst offender in regional bias isn’t public radio, of course. With its unique network of hundreds of local stations across the country, public radio is covering dozens of local stories that other major broadcast outlets completely ignore. However, a recent study by NPR’s Ombudsman illustrates that the majority of public radio news coverage favors cities like New York, Washington, D.C., and Los Angeles.

With Middle Ground, Headlee hopes to change that. By partnering directly with local stations and producing the show independently of any major network, she is convinced that Middle Ground can remain true to its mission. “Public radio is the perfect partner because we have local stations all over the middle of the country,” she says. I have no interest in sending reporters into places for 24 hours in order to get stories. I want to invest my time into training local reporters and developing local talent. If I’m successful, we’ll have access to hundreds of reporters all over the country who know their beat and the issues that their citizens care about.”

Diversity is also a big priority for the program. This means regularly featuring minorities and women as expert guests from the very start. “I’m personally interested in giving people a voice,” says Headlee. “I take very seriously my responsibility as a journalist to help write history.”

So what’s next? Middle Ground is currently raising funds for the first six months of production in a Kickstarter campaign, and was just picked as a Kickstarter Project of the Day. Watch the video above and learn more here.

After that, Headlee hopes to partner with Amtrak and travel across the country by train, stopping in every state along the way to collect sound and stories. “I could spend months on the road trying to get to all the cities I want to visit.”