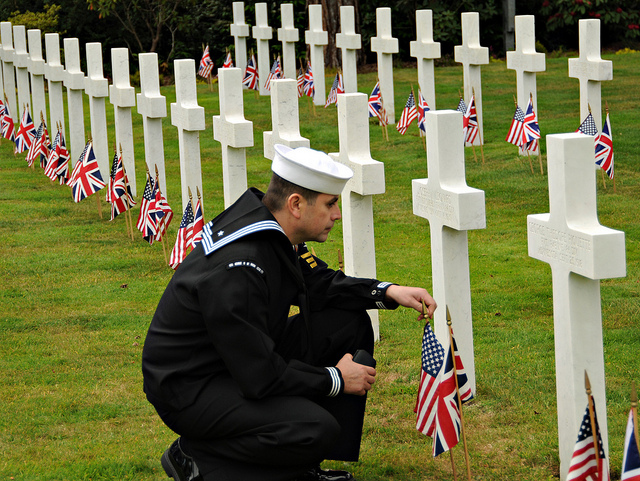 Meet Staff Sargent Eric Alva of the U.S. Marine Corps. On March 21, 2003, a three hour tour changed his life forever. He stepped on a land mine and lost his leg. KLRN, San Antonio’s PBS station, shares his story of struggle and triumph. In this short clip, you see the world through Staff Sargent Alva’s eyes and the reality of roughly 2.5 million service members who are transitioning out of the military and readjusting to civilian life.

Eric’s story is part of a larger public media initiative to encourage dialogue and solutions through programming and on the ground community engagement efforts with and for our veterans returning home. Public media’s latest initiative, Stories of Service, adds to the many services local PBS stations across the country already provide to veterans from job training to resources for Traumatic Brain Injury.

This Memorial Day Weekend, Americans will gather to honor fallen military service members. We will attend picnics, parades and special services. Some will visit grave sites and memorials. Flags of red, white and blue will be worn and flown with pride and appreciation of our service members. Memorial Day is an opportunity to pay your respects to those who are with us and those who have fallen. One way you can salute our service men and women this weekend and throughout the year is by turning on your local PBS station or by attending a community event sponsored by your station.

PBS stations continue their commitment to telling stories about our nation’s heroes. Stories of Service officially kicked off with Coming Back with Wes Moore, a three episode series executive produced by best-selling author and former Army combat veteran Wes Moore. The series tells the stories of veterans returning from the battlefield and re-assimilating into everyday life. David Zurawik, a television critic with The Baltimore Sun described the series by saying, “At last – TV does right by veterans.”

In the first scene of the first episode of Coming Back with Wes Moore (which can be viewed above), Wes Moore puts you behind the camera in a war zone. He reveals the realities for our veterans. That no one comes back from war unchanged. The war leaves wounds both invisible and visible. And unless you’ve been to war, it’s hard to understand how war changes a person – and many Americans have not gone to war. It’s raw. It’s eye opening.

Public television’s longstanding pledge to pay tribute to our veterans continues this Sunday with a national tradition, the 25th anniversary of the National Memorial Day Concert. Viewers can join co-hosts Tony Award winner Joe Mantegna and Emmy Award winner Gary Sinise in a vibrant, star-studded salute to our men and women in uniform, their families and all who have made the ultimate sacrifice. 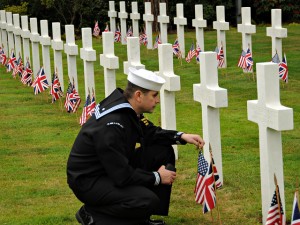 In addition to veterans’ themed programming, public media stations are teaming up with local organizations to address the needs of veterans in their communities.

Wisconsin Public Television is leading the project Veterans Coming Home, a new public media effort to tell veterans’ stories through journalism, documentaries and online content. Public media stations will organize local events to recognize veterans’ service to our country and connect vets with much needed resources. Stations will also join forces with local organizations to make local resources known and encourage dialogue to ensure vets have access to a healthy path in life.

In Grand Rapids, Michigan, WGVU Public Media is hosting a concert by country artist Michael Peterson in conjunction with Americans for the Arts’ third National Initiative for Arts & Health in the Military. The concert will be aired by all PBS stations.

In San Antonio, Texas, KLRN is sharing their local veterans’ voices with Coming Home to San Antonio, a 10-part web series where veterans share deeply personal stories about coming home from war. A clip of this web series can be seen at the beginning of this blog. KLRN is also providing veterans with a creative platform to share their experiences – the stage. Through the Telling: San Antonio project, Veterans receive training by playwright Jonathan Wei to perform monologues of their experiences in a three-act play.

This is just a small sample of the many activities that stations are doing to meet the needs of veterans as public television viewers and as citizens of local communities that public media stations serve. All of public media’s exemplary services, including Stories of Service, come at a modest federal investment of $1.35 per American taxpayer. For this small cost, the returns of promoting greater understanding of the challenges of our veterans in local communities are immeasurable.

This weekend, and each and every day, make sure to find a way to pay your respects to military service men and women who have fallen and those who are with us. If you’re a public media fan, you can participate by checking your local station for their upcoming veterans’ programming or attend a local community event and thank your local veterans for their service to our country.

How will you be paying tribute to those who have made the ultimate sacrifice and your local veterans this weekend? Tell us in the comments below!