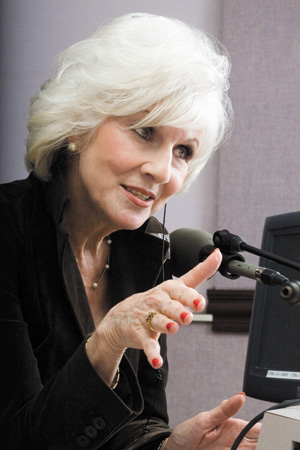 Diane Rehm, of WAMU’s The Diane Rehm Show, has been selected for the National Humanities Medal, where she will be honored by President Obama. The medals are awarded by the President for outstanding achievements in history, cultural studies, filmmaking, cultural commentary and historic preservation. The popular public radio host was chosen as one of 10 recipients for the 2013 medal, acknowledging commitment to the humanities by The National Endowment for the Humanities (NEH). According to NEH’s press release, Rehm was selected for the award for “illuminating the people and stories behind the headline. In probing interviews with pundits, poets, and Presidents, Ms. Rehm’s incisive, confident, and curious voice has deepened our understanding of our communities and our culture.”

For almost 35 years, Diane Rehm has brought diverse perspectives, insight and thought provoking conversations to her listeners. She began her career in public radio in 1973 as a volunteer at WAMU 88.5 in Washington, DC. Rehm quickly climbed the ranks becoming an assistant producer then was selected to host the morning talk show by 1979. Since then, more than 2.6 million listeners on 330 local public radio stations nationwide tune in each week to listen to the public media powerhouse, The Diane Rehm Show. Distributed by NPR, NPR Worldwide and SIRIUS XM, the Peabody Award winning program continues to grow in popularity.

When asked about this honor in an interview with WAMU 88.5, Rehm stated, “It is a great privilege to be among those selected to receive the National Humanities Medal. To receive this award from President Obama and the National Endowment for the Humanities—and to be in the company of recipients who have inspired us through work that captures the human spirit—is an incredible honor.”

Other fellow public radio medal recipients this year include Krista Tippet, Host of On Being, a Peabody Award-winning public radio program. Since 2001, the weekly broadcast has explored the relationship between religion and the human experience, airing on more than 200 local public radio stations across the nation. NEH recognized the public radio host for “thoughtfully delving into the mysteries of human existence. On-air and in-print, Ms. Tippett avoids easy answers, embracing complexity and inviting people of all faiths, no faith and every background to join the conversation.” 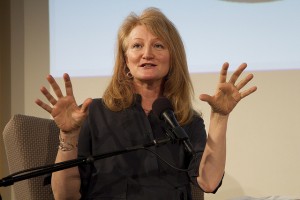 Both public radio hosts, Rehm and Tippet, have continued public media’s tradition of providing quality programming in the form of public service. Respectively, the radio hosts have helped their listeners make sense of the issues that are central to their lives and communities. Public media programming like The Diane Rehm Show and On Being help inform, entertain and expand our cultural horizons through broadcast media. Public radio and television supporters alike can agree that these hosts are deserving of this honor.

Diane Rehm and Krista Tippet will be presented with the National Humanities Medal on Monday, July 28, 2014 at 3 p.m. ET. Watch the public radio hosts receive their awards live at the White House ceremony with a reception featuring the First Lady.