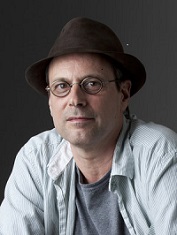 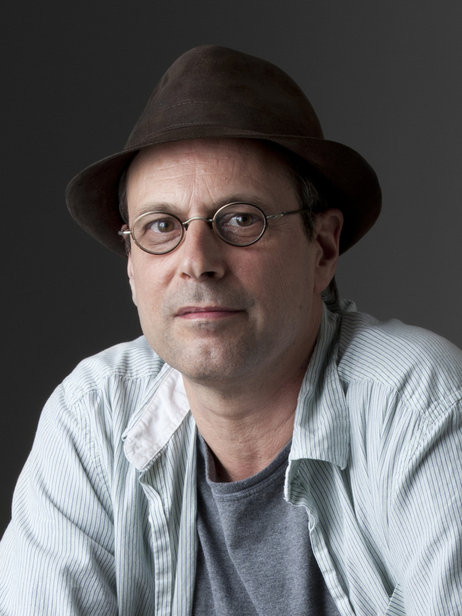 Bob Boilen, host of All Songs Considered, sat down with me to provide Protect My Public Media listeners a behind the scenes look at one of our favorite programs. We had the opportunity to talk about a range of topics including the evolution of All Songs Considered over the years, his dream Tiny Desk concert performer, how he chooses artists to feature on the show and what his motivation is to keep playing the music all these years later.

At its core, public radio is about storytelling – and this is true in music, too. Public radio deepens our appreciation of music by sharing stories about the artists we love.

How long have you been at NPR?

Were you always at NPR Music?

I started at NPR News – I was with All Things Considered (ATC). For 18 of the 19 years, I was director of ATC. There wasn’t a music department at NPR – we created it. I had picked music for ATC, produced music stories, edited music stories as well as brought music commentators onto ATC. And coming out of that, I knew I wanted to start a music show for NPR. As it turned out, the internet was young and fresh and I thought it would be a good place to do a music show. At the end of 1999, I proposed a music show to NPR – they gave me $300 – and I did a mockup of a multimedia show called All Songs Considered (All Songs). The show launched in early 2000.

How many hats do you wear at NPR? I know that you are a host of All Songs Considered and a big force behind the Tiny Desk concerts but what does a normal day look like for you?

My day is sifting through a few hundred submissions of stuff from musicians in order to find music for All Songs, for music to premiere on the All Songs blog or for first watch videos for the All Songs blog. I also get pitches from bands who want to come and play the Tiny Desk. In addition, Robin Hilton and I do the weekly show of All Songs and I also look for people to interview.

This week, we just interviewed the producer, John Congelton (St Vincent, Modest Mouse). Also, I’m always searching venue calendars to see who is coming to town. I go see music most nights and try to find interesting talent to bring to the desk.

So you have to sift through hundreds of music submissions, how do you decide which ones you are going to listen to each day?

It used to be that I would listen to everything I got but those days are gone, there just isn’t enough time in a day to listen to everything I receive. I judge by album art, I judge by song titles, I look for things that are not cliché and I think about who is sending it to me. Is it someone who has sent me something good in the past? Or is it just someone doing their job and who has been hired to send it to me? I mean all publicists get paid by their clients to send their music to me but there is a difference between a publicist who is passionate about who they take on as a musician and who they pass on, and what they choose to pass on to me. Not everything a publicist gets should come to me if they know our show and our tastes.

I don’t read much music journalism. I don’t scour the web because I like to come to things on my own terms. And, that keeps me from being a follower. It allows me to be able to discover music without being biased by anyone.

How does the recording of All Songs Considered work?

Well, it is pretty much a live stream. First of all, the show’s evolved – there have been three phases. I started it as a multimedia show. I used to do multimedia theater before I came to NPR – I wrote music, composed music, helped program slides for a multimedia experimental music theater company so I have always been enamored with slides, music and text. So when I started All Songs, it was a one hour multimedia show with slides of artists, photographs of artists and their instruments, another window would have text and this is while their music played. Those were the days when everyone had dial-up and it would just kill their connection. It was way overly ambitious and way ahead of its time. I mean this was 2000, I don’t say that to pat myself on the back because in many ways it was a failure because people who didn’t have the bandwidth to play the show, the music quality would go way down but it would keep playing anyway, so it would sound awful. It didn’t really work but I thought it was a good idea.

So then the second phase started in 2002. I would pick six songs and we cut it down from an hour show to a half hour show. We also went from one show every three to four weeks to once a week since it wasn’t multimedia anymore. It was so much easier to do the show because we didn’t need to get photo rights and we didn’t need to put a slide show together.

So from about 2002 to 2011, I would write a script and be the only voice on the show. But two to three years ago, I started bringing Robin on as a co-host. The way that the show works now, we both pick roughly three songs. We walk in the studio, we often don’t know what the other is going to play, we open the mics and we just start talking so what you hear is basically a live stream. The only things that get cut out or added in are technical like if I mention that a certain song sounds like another song then I might go back in and add that song as a reference.

How do you pick your three songs?

We get offered a lot of premieres so it’s always cool to premiere a song on the show. So a premiere would be at the top of my list, if no one else has had it on the web, it is kind of nice to do that. If I get music in that I think I’ll be interested in, I will rip it into my iTunes put it in a playlist called ‘to be listened to’ and drive around with it all week so the stuff that floats to the top is the stuff that really hits me when Friday comes around to record the show. I think about what it was that week I really liked listening to and that usually will be one or two of my selections and then a premiere will be one.

As part of All Songs Considered, you often feature interviews. Do you have any favorites?

I recently interviewed John Congelton who is a producer – I mean this year alone he produced St. Vincent and Angel Olsen, which are two of my favorite albums this year. But outside those two, he has produced a gazillion great albums – it might be one of my favorite interviews I’ve ever done.

How do you manage to go to so many shows and manage to maintain a work-life balance?

How do you decide which artists will play the Tiny Desk? Do you have a preference between the ones that you have seen live or the artists that have pitched you?

I mostly never bring anyone to the Tiny Desk that I haven’t seen live. Even YouTube videos don’t quite do it. There are only a handful of artists that I have brought to the desk, sight unseen. There is a real difference between someone who can make a record and someone who can perform in an awkwardly intimate setting like the Tiny Desk. I usually feel like I can judge this when I see them live.

How many Tiny Desks have there been so far?

Where did it get the name ‘Tiny Desk’?

I had a band here in D.C. that I started with a friend in 1979 and it was his idea to name it the Tiny Desk Unit. It was a play on words because a lot of jazz bands back then went by things like The Cecil Taylor Unit  and it’s because these concerts are small – they are only three songs. It’s also because they are played in a small and intimate space so the name kind of fits perfectly and it’s literally at my desk.

Who would your dream Tiny Desk performer be?

I have a few white whales – I think Neil Young would be my living white whale. If he sat down and played After the Gold Rush in its entirety, I would die happy. When you do things like this, you think about artists you love, think about things that are possible – that is within reach – or that hasn’t happened yet. It’s not about the fame or the name; it’s about what these people have meant to so many other people. And, to see them in a setting as intimate as one can possibly get – I just love that idea. And often, the musicians, someone like Tom Jones, who comes and does it and doesn’t need to do it, or Jackson Browne the other day – I mean – they really love it. There are two cool things that happen – one, we as an audience gets something out of it. And, they as performers do something they never usually do, and they get something out of it and I love that.

How do you balance the role of being a critic and a cheerleader of music that you love?

I never think of myself as a critic. My job is to find music that I am passionate about and pass it on to others. I don’t usually talk about things that I don’t care about. I don’t like spending time doing that. I am not a huge fan of music criticism. Given the things we want to spin our wheels on, we would rather spin our wheels on passing along something we find interesting and things we think our listeners would find interesting.

Is that element of discovery and sharing it your favorite part?

Discovery and surprise is exactly what our show is about. If you are listening to our show, you have just gotten the crème of the crop of what I have received that week.

So do you listen to All Songs Considered? If you answered “yes,” tell us the artists that you’ve discovered from the program in the comments below!