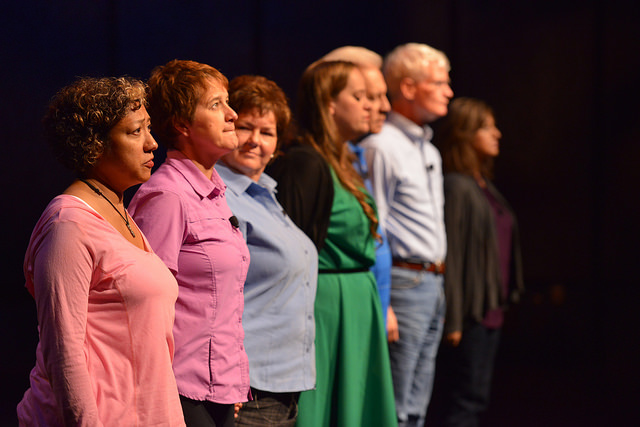 In honor of Veterans Day, we invited Julie Coan, Chief Operating Officer of KLRN, to author a guest blog, “How KLRN Serves San Antonio’s Veterans,” for our community. We hope you’ll enjoy her insight on how her station partnered with local organizations to provide resources to local service members and veterans, and engage a meaningful dialogue about the daily issues they face at home.

Are you interested in contributing to our blog? We’re looking for stories about your favorite public television and radio programs, stations, memories and more. Get in touch with your ideas at [email protected]. Thanks!

In October 2012, after working for 16 years at HoustonPBS, I left to become the Chief Operating Officer at KLRN in San Antonio, Texas. Being new to the city, I spent my first few months in the community just listening. I was trying to understand the needs of my new city and how the public media organization I worked for, KLRN, could serve those needs even better.

Since San Antonio is Military City USA — we have one of the largest concentrations of active and retired military populations in the country — my first stop was Fort Sam Houston where I got a tour of the army base and met with soldiers.

One of the first things I heard from service members was that they felt civilians didn’t understand what they and their families go through. I filed that away. Since KLRN’s signal reaches three million people in 30 counties in South Central Texas and our website attracts 15,000 unique visitors each month, I thought there was something our station could do to help.

The Public Information Officer at the base introduced me to someone at the San Antonio Area Foundation (SAFF), the local community foundation. SAAF was forming the Military and Veterans Community Council (MVCC), a consortium of 125 different veteran-oriented nonprofits, businesses and foundations. The Council was coming together to link transitioning military, veterans and their families with local resources.

Through the MVCC, I learned that in the next several years between 40,000-50,000 new service members and their families would move to the San Antonio region with the coming drawdown of the troops. KLRN was invited to join the Council and is the only media organization to participate. Through my involvement with the MVCC, I was able to hear firsthand where the challenges were and how we could make a difference.

Many of the challenges were awareness and connectivity issues — veterans not knowing what resources were available or how to find them and civilians not understanding what their military neighbors were going through. As a public media organization, we are in a perfect position to help since we’re trusted by our viewers and we reach so many people.

With input from a small group of trusted advisers, I sat down and put together a plan. I knew whatever we did, it couldn’t be a one-time endeavor. It would need to be sustained multiyear initiative, if we were going to have an impact.

In May of this year we launched our effort to address the issues faced by local veterans and their families, Veterans Voices. Here are some highlights.

Our first event was a sneak preview and panel discussion of COMING BACK WITH WES MOORE. We were fortunate to have Wes Moore with us, along with a group of local veterans and experts, to talk about issues veterans and military families face. We recorded the discussion and posted highlights on our website.

Also in May, KLRN received a grant from PBS Digital Studios to produce our first online series, COMING HOME SAN ANTONIO, which provides an intimate look at local veterans and military families as they transition to civilian life and come to terms with the aftermath of war.

In August, we partnered with the Office of Personnel Management, the Texas Veterans Commission and the Texas Workforce Commission to pilot Veterans Academy, an initiative designed to complement the military’s Transition Assistance Program (TAP), which prepares active duty service members for civilian life.

Soldiers told me TAP is like drinking out of a fire hose — lots of information all at once, big classes and the content is the same no matter where you are stationed. Veterans Academy offers smaller classes, spread out over a month, which are tailored to those that want to live and work in San Antonio. KLRN hosts Veterans Academy workshops and thanks to support from Valero Energy Corporation, will record them and make the content available online. 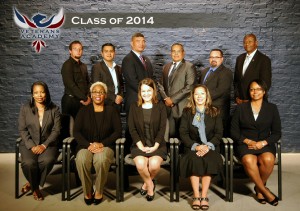 I knew whatever we did at KLRN to serve veterans and their families, I wanted art to be a part of it. Art provides space to explore issues that are difficult or challenging. I didn’t know what that was going to be until I spoke with a Marine who told me about The Telling Project.

Founded by playwright Jonathan Wei, The Telling Project is a theater performance piece where local veterans and military families share their stories, in their own words, before a live audience.

In May, we put a call out to veterans and military families asking them to come to KLRN to share their stories. Jonathan took those interviews and masterfully crafted a three-act play that is funny, poignant and powerful.

The 10 person cast spent weeks at KLRN rehearsing with local director Stacey Shade-Ware and on October 1, Telling: San Antonio premiered at the new Tobin Center for the Performing Arts (who donated the space at no charge).

After each performance, the cast participated in a talk-back with the audience giving them a chance to ask questions and learn more.

As powerful as the performance was, I looked forward to the talk-back each night because as a public media organization, we’re always looking for meaningful ways to engage our audience around relevant issues and this experience was a bull’s-eye all the way around. 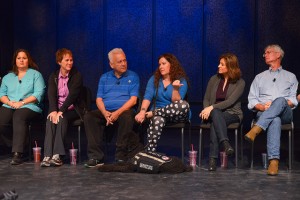 Civilians were coming up to me saying ‘this was the best theater experience I ever had.’ Veterans in the audience were pointing to cast members sharing, ‘I heard my story in you, and in you and in you.’

I’ve been in public television for 18 years and Telling: San Antonio was by far the most profound and meaningful project I’ve ever been involved in. Healing happened in that theater night after night. It was magical.

In Telling: San Antonio, cast member and Iraq War veteran CarrieAnn Grayson shared a harrowing story of fighting off a sexual assault only to suffer retaliation which ended her military career.

“I have been able to grow so much in the past months and my healing seems to be just beginning…You encouraged us to face our demons when it was hard for us to even get words out of our mouth. It’s hard each time, but each time I cry less,” she said.

Thanks to a grant from the Corporation for Public Broadcasting, as part of the Veterans Coming Home initiative, we recorded one of the performances and will broadcast it today and it’s also available to watch online here. We also have an OVEE screening planned in the near future.