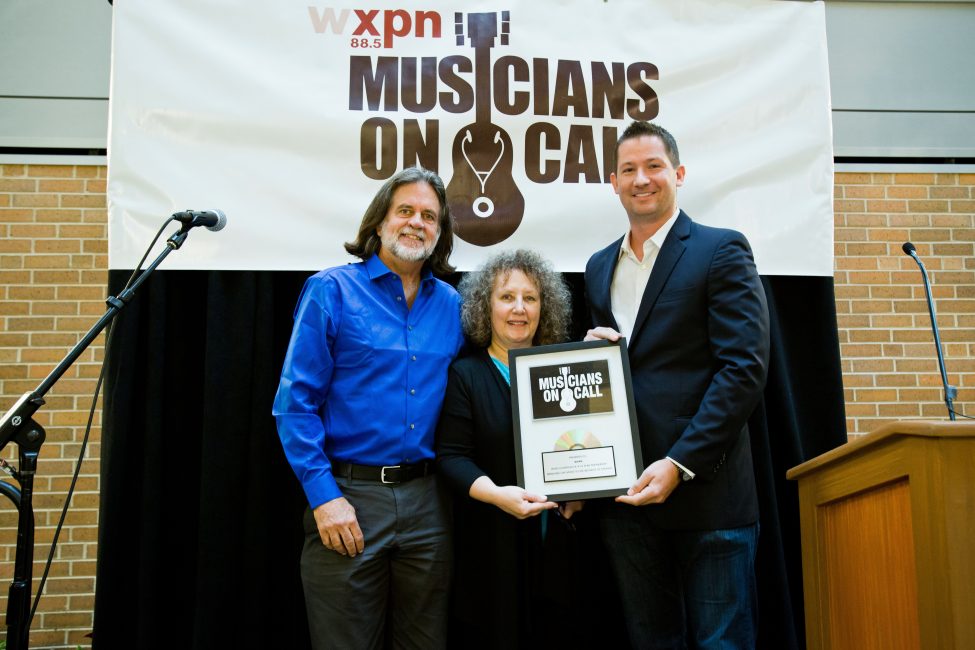 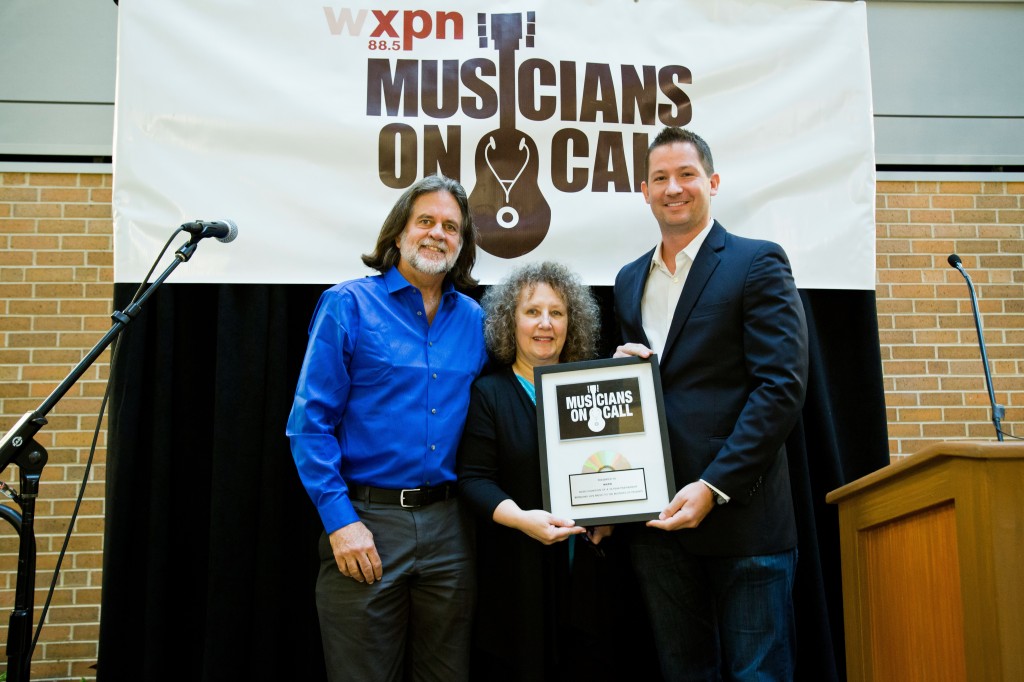 In many different ways, we celebrate Veterans Day to honor and remember our fellow Americans who have served our country. This week, we bring you an inspiring community service program from public radio station WXPN in Philadelphia that is helping local veterans and other area residents.

Musicians On Call was founded in 1999 in New York City to bring live and recorded music to the bedsides of patients in healthcare facilities and was expanded to WXPN in 2004. WXPN had just opened its new broadcast facility and station manager Roger LaMay wanted to find new ways to be more involved in the community. Musicians On Call was Roger’s choice for a community engagement program.

Musicians on Call’s Bedside Performances are provided each week by local musician volunteers who go room-to-room at participating healthcare facilities and perform for patients and their families. Musicians join volunteer guides, specially selected and trained to meet the requirements of both the WXPN Musician On Call program and the participating healthcare facility, to bring their songs directly to the rooms of patients. 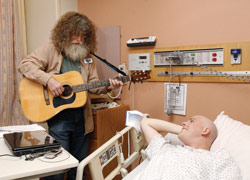 Bedside Performance at the Hospital of the University of Pennsylvania. Photo Credit: Univ of Penn

Since its launch, WXPN Musicians On Call has made a difference in the lives of more than 70,000 patients and their families at local hospitals including the Philadelphia VA Medical Center in West Philadelphia.

In addition to the Bedside Performance Program, WXPN participates in another program called Project Playback. WXPN Musicians On Call pairs up a professional musician with long-term residents at a healthcare facility for six to eight weekly sessions in order to create original music. Once created, the songs are pressed on a CD and a CD release party is held for the patients and their families. Most recently, musician Scot Sax led a Project Playback series with the residents at the Veterans Administration Community Living Center in West Philadelphia. You can hear two of the songs produced here.

Scot says, “Not until my experience with WXPN Musicians On Call did I fully understand that music can awaken parts of a person thought to be dormant. With my own eyes I saw somewhat lifeless bodies come alive in rhythmic motion. And, I felt with my own heart something I’d never before: true connectivity with total strangers.”

WXPN’s midday host, Helen Leicht, was present for the recent Project Playback where most of the veterans were elderly. She said “the magic of seeing this happen was incredible.” There were a dozen patients in the rec room each holding a variety of basic percussion instruments. Many were in wheelchairs and not very responsive. Sax had been working with the patients for a couple of weeks and knew them each personally. He entered the room, began to play the piano and then called on one patient in particular to help out by singing some lyrics with him. Once the vet started, the rest of the room came alive to the music,moving with the rhythm and working their instruments.

Leicht believes these programs are important because there is a connection that people make to music and there is also the important human connection that happens during these performances. Music doesn’t require a direct conversation but its still interactive and a great way to have patients open up.

Leicht shared another favorite memory of the first time she experienced a Bedside Performance. Singer, songwriter and producer Kenli Mattus had come to the room of a teenager who had suffered a major trauma and had been completely unresponsive. As the music went on, the machines started showing a response for the first time since he had entered the hospital. His mother, who was there for the performance, began crying as she was overwhelmed with these first signs of hope. It was a moment where Leicht realized the power of these bedside music performances.

For a behind the scenes look at this at WXPN Musicians On Call program:

WXPN, the nationally recognized leader in Triple A radio and the premier guide for discovering new and significant artists in rock, blues, roots, and folk, is the non-commercial, member-supported radio service of the University of Pennsylvania. WXPN produces NPR World Cafe, public radio’s most popular program of popular music hosted by David Dye and syndicated by NPR, and the Peabody Award winning Kids Corner hosted by Kathy O’Connell. WXPN also produces the XPN2/XPoNential Radio stream as its secondary radio channel in HD that is also available online. WXPN serves the greater Philadelphia area.

For more information on Musicians on Call, please visit: http://www.musiciansoncall.org/