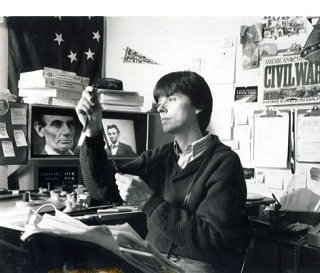 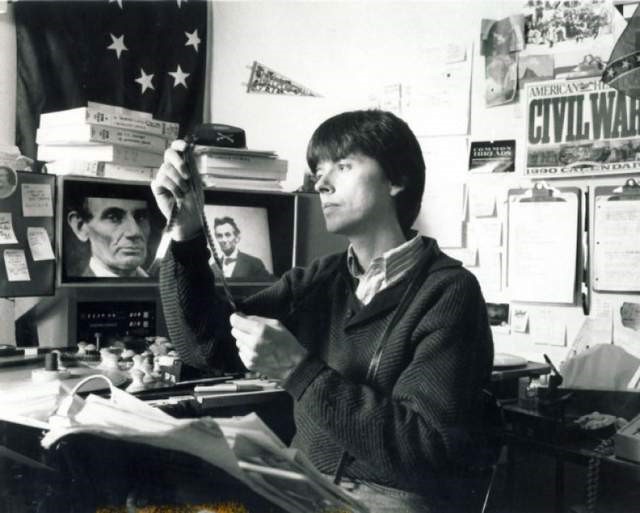 This blog was originally published on Thursday, July 31, 2013.

Today, one of our nation’s most respected and influential documentary filmmakers, Ken Burns, celebrates his birthday. The award-winning director and producer of acclaimed PBS documentary miniseries like The Civil War and Baseball is credited with changing the way we view history, preserving and celebrating our national history, and providing many contributions to visual storytelling.

From Brooklyn Bridge (1981), his first film to receive an Oscar nod and to be broadcast on public television, Ken Burns has been bringing American history to life for millions of viewers for over 30 years.

Ken Burns has thoughtfully and meticulously documented a wide range of American historical events from The Central Park Five, Jazz to The Dust Bowl to the women’s suffrage movement.

His most renowned documentary The Civil War attracted an audience of 40 million during its premiere in September 1990, and at the time was the most watched program in the history of public television. American newspaper columnist George Will called the series a “masterpiece of national memory,” and remarked that Ken Burns “has made accessible for everyone the pain and poetry and meaning of the event that is the hinge of our history.”

The late historian Stephen Ambrose remarked that, “More Americans get their history from Ken Burns than any other source.” In addition to their broadcast on public television stations nationwide, Ken Burns’ work has been used in countless classrooms to teach the rich events that have shaped our nation.

The National Parks: America’s Best Idea inspired Americans to learn about the history of the national parks, told by the people that protect it every day. These stories reminded everyone about the importance of democracy and guaranteeing accessibility to these locations to not just royalty and the rich, but to everyone. This documentary inspired 10 million more people to visit America’s National Parks after its premiere in the fall of 2009.

Ken Burns’ signature filming technique the Ken Burns Effect, a camera pan and zoom in over a still image, is so recognizable that Apple’s iMovie has replicated this effect.

Ken Burns has also been a front line public media protector, arguing that his documentaries could only be made on public media. He’s also noted that public media’s public/private partnership has enabled him to produce his films. For multi-year projects, like Burns’ films, public funds have encouraged private funds to follow. Ken Burns explained this to President Reagan in the White House during the production of The Civil War. The President smiled, held him by his shoulders and said, “Good work. I look forward to seeing your film.”

While Ken Burns celebrates a personal historic landmark today, let’s give thanks to him for archiving our nation’s history for generations to learn and experience.

What’s your favorite Ken Burns film? What message do you have for him on his birthday?