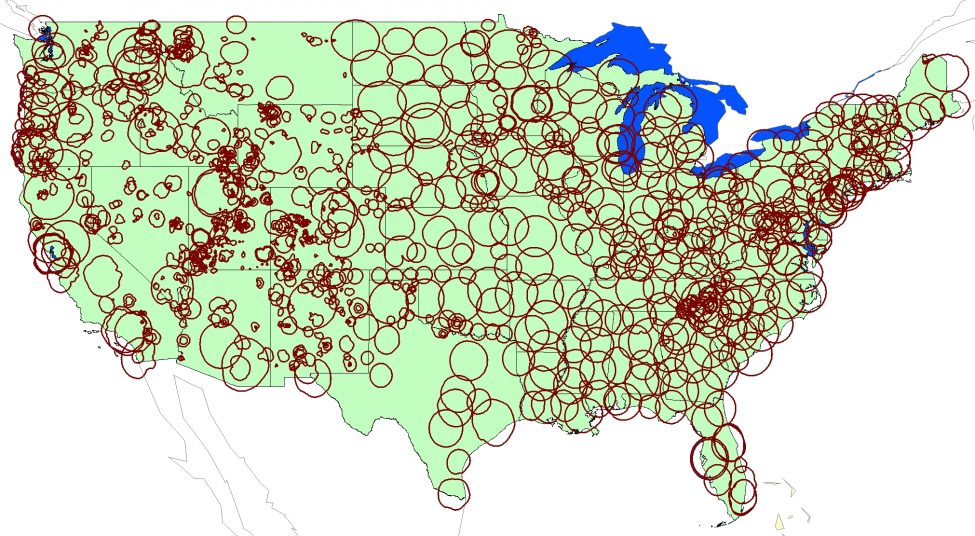 We invited Mark O’Brien, the President and CTO of SpectraRep, a public safety partner with public television stations, to author this guest blog, “Public TV Advances Public Safety Communications.” We hope you’ll enjoy his insight on how public television stations are using their technology to support local law enforcement and public safety officials.

——-
Imagine if there was an existing data centric wireless network that reaches nearly every corner of the country, that continues to work when the power goes out and when cellular networks get jammed during emergencies. This network could alert broad masses of the population wherever they are while also targeting very specific local first responders with the critical tools and data they need in emergencies. Well, that network actually does exist, and it is public television. 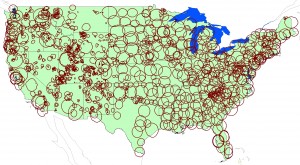 Public TV stations reach 98% of the US population.

It may be little known, but public television stations serve as the backbone for our nation’s emergency alert and warning system and local stations are currently enabling the next generation of public safety communications to help keep communities safe.

This technology is called datacasting and public television stations are currently using this technology to support local law enforcement and public safety officials in many areas of the country.

Vegas PBS in Las Vegas is keeping children safe at school through their partnership with the Clark County School District. WHUT in Washington, DC has partnered with the U.S. Park Police to enhance public safety during large crowd events by providing secure, live video feeds that would be impossible to transmit when the cellular system is jammed during special events. WGBH in Boston supports statewide emergency management communications. Houston Public Media in Houston has a partnership to keep the public safe at the Final Four and upcoming Super Bowl events. WTTW in Chicago is working to support the Chicago Police Department. WHRO in Hampton Roads, Virginia works with a consortium of universities to keep students safe. And many more local public television stations have existing public safety partnerships or are actively pursuing opportunities to partner with public safety utilizing their broadcasting technology.

In addition to the datacasting partnerships described above, many stations have provided public safety entities with access to their phone lines, satellite feeds and other communications infrastructure, providing backup operations centers and command posts during emergencies.

Public television’s services are uniquely reliable and not subject to the type of usage constraints other networks face during times of crisis. For example, during Superstorm Sandy, and many other disasters before and since, public safety’s ability to communicate was compromised because the power grid went down and the cellular networks were jammed. During virtually all of those events, public television’s infrastructure continued to operate, providing public alerts and important information.

Public television stations are an integral part of the communities they serve. They’ve always had close ties to their community and do many things beyond the programming seen on TV. By preparing preschoolers for school, providing teachers with classroom resources, helping students achieve their GEDs, hosting local political debates and producing local content not seen anywhere else in the media universe, public television stations are committed to their public service missions.

Using a portion of their airwaves to support first responders and public safety is another way that public television works quietly behind the scenes to improve the lives of the people in their community. Public television stations play an important role in critical public safety communications today and could play an even bigger role in the future as digital technology expands opportunities.

These are exciting times for public television stations that are making local communities safer every day, and those that are working with them to develop public safety partnerships.

——-
Mark O’Brien is President and CTO of SpectraRep where he designs datacasting systems to solve network and communications breakdowns for public safety. He brings his background in satellite, digital television, IT systems, IP networking and software design to the new challenge distributing live video, large files, and alerts, even when traditional networks become compromised.His most recent book is Building the FirstNet Public Safety Broadband Network, which includes a look at how public television datacasting can improve public safety communications.  Mr. O’Brien has been working in broadcasting for thirty years with experience in consulting, engineering, finance, sales, broadcast station management and operations.