I was proud to be part of WNET‘s fifth annual American Graduate Day, which aired on public television stations throughout the country on Saturday, September 17, 2016. American Graduate Day was the culminating event of PBS’s Spotlight Education, a special week of primetime education-themed programming on PBS stations. Hosted by Soledad O’Brien, and Sheba Turk, American Graduate Day is an annual national broadcast that celebrates the individuals and more than 30 non-profit organizations from across the country who are dedicated to helping youth stay on track to graduate from high school. 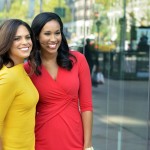 Each American Graduate Day has a theme. This year’s broadcast explored the power of mentorship through 30-minute segments on early education, increasing and improving learning, STEAM (science, technology, education, arts, and mathematics), dropout prevention and re-engagement, and college and career readiness. 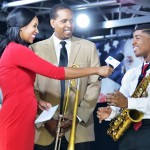 The most touching interview featured during the broadcast was between Soledad O’Brien and her mentee and co-host Sheba Turk when Sheba shared her struggle with trying to pay for college. Soledad O’Brien’s Starfish Foundation funded her tuition and provided her with a mentor – Soledad. Soledad provided Sheba with the mentorship she needed to graduate from college and succeed in her career as an on-air television reporter. Today, Sheba is paying it forward as a mentor for at-risk young women through the Starfish Foundation. Soledad and Sheba’s relationship shows how mentorships improve high school and college graduation rates, particularly for minorities.

Girl Scouts of the USA with host Susie Gharib having fun at Smilebooth. Photo credit: Smilebooth.

Another feature of the event was a Smilebooth featuring special guest Clifford the Big Red Dog, hosted by the Friends of Thirteen, WNET’s community liaison group. The Friends helped identify American Graduate Champions on the street by engaging them through fun and festive photography and social media activities in support of American Graduate Day. Clifford added a cheerful touch to the Smilebooth and recruited young students to become education champions by taking a photo with him, while their parents learned about other American Graduate Day resources. Check out the library of gifs here!

The American Graduate Day broadcast showed real life examples of mentorship at work and the successes these relationships bring. I was inspired to hear diverse stories of mentors and mentees and to meet future champions at the Smilebooth. I was able to see how important these individuals are to each other and to see their stories inspire other American Graduate Champions and mentors.

Are you interested in becoming an American Graduate Champion and mentor? Search the Mentoring Connector database to find an opportunity near you!

About the author: Kala DeSt 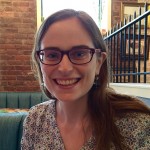 efano is the Senior Community Engagement Coordinator for the Friends of Thirteen, Inc. in New York City. The Friends of Thirteen is a nonprofit organization governed by a board of directors who provide community liaison for WNET’s Channel Thirteen by strengthening local partnerships, encouraging youth involvement with public media, developing and producing local initiatives, hosting events and expanding grassroots awareness of Thirteen’s education resources and quality programming in the New York metropolitan region. In this position, Kala focuses on program-related outreach events in local New York/Metropolitan Region communities, grassroots advocacy on Capitol Hill, engaging young volunteers to act as ambassadors for public media, and organizing fundraising events and initiatives for Friends of Thirteen. Prior to WNET, Kala was the Community Engagement Coordinator at Forestdale, Inc. a foster care agency in Forest Hills, Queens. Before arriving in NYC, Kala worked as an English Language Assistant in Nantes, France. She holds a MA in French Studies from New York University and a BA from SUNY Geneseo in History and French.