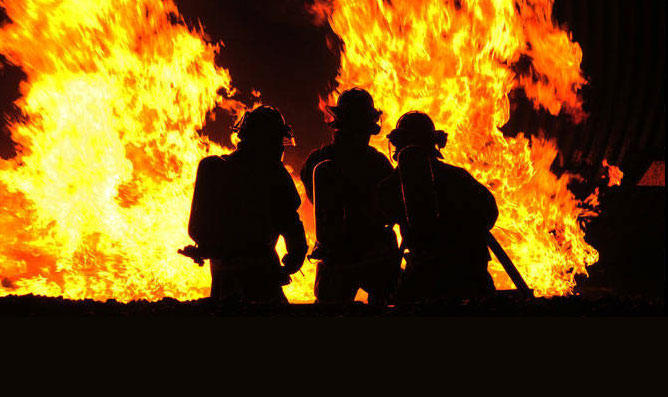 When fires broke out across Northern California, my station, KRCB/North Bay Public Media – which serves the area hit hardest by the worst fires in California history – responded immediately. Its critical mission: how best to get essential public safety coverage to the region.

To expand its reach to affected communities beyond North Bay Public Media’s typical broadcasting range and ensure that all Santa Rosa and San Francisco community members were able to receive essential emergency coverage, my station, North Bay Public Media, invited our neighboring public radio stations, KZYX, KQED and KALW, to share studio space and stories. While these stations independently did an outstanding job providing crucial information to their listeners, the partnership helped all the stations extend their reach during the fires.

On the first day of the fire, our reporter Tiffany Camhi filed stories for both KQED and North Bay Public Media. KRCB turned Tiffany’s report into a television spot, which greatly increased the potential audience for her story. While our radio signal is limited to our immediate area, our TV broadcast reaches the entire Bay Area.

Several times during the fire, KQED’s California Report and KALW’s Your Call broadcast their programs from North Bay Public Media studios to add to the immediacy of their coverage. In several cases, anchors or reporters from those stations also spoke to KRCB’s audience about their experiences. I returned the favor, and appeared as a guest on KQED’s Forum Friday, to add a local perspective to their reporting.

During a crisis, public radio and television stations provide Americans with timely, critical information that saves lives. However, as local nonprofits that are managed and staffed by community members, public media stations take this task personally. In fact, between checking on his dad and his home during the middle of the day, North Bay Public Media radio host Mark Prell was in-studio providing information about evacuations, curfews, fire containment, shelters and the recovery process for his community.

The coverage of the fires has inspired local public media stations in the area to bring together coverage across radio, TV, the web and social media for seamless reporting during the recovery in Santa Rosa and surrounding communities.

Our station, KQED, KALW, Mendocino County Public Radio, and Capital Public Radio are banding together, talking with organizations like the Association of Independents in Radio, the National Federation of Community Broadcasters and the Corporation for Public Broadcasting to see if funding can be made available to provide continued coverage of the recovery and to ensure that the stations are prepared for future disasters.

This is just one more example of how locally licensed and locally managed public radio stations provide critically important public emergency information to their communities.

Steve Mencher is news director of North Bay Public Media, in Sonoma County Calif., where he joined the staff in June. Previously, he was the lead producer for Beyond Belief, the Localore: Finding America project at KCPT in Kansas City, Mo., where his television documentary Beyond Belief was nominated for an Emmy.