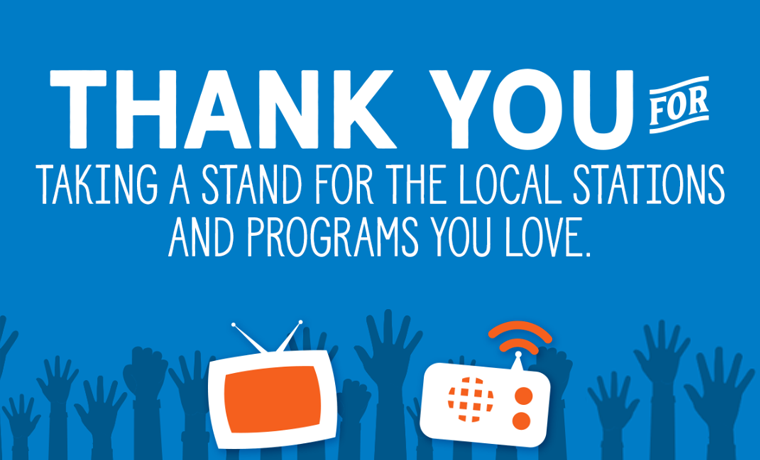 On June 28, 2018, the Senate Appropriations Committee passed their version of the bill which also contains public media funding.

While the appropriations process isn’t over, congressional outreach by viewers and listeners like you has helped put us in a good position moving forward.

As Congress moves to finalize spending, we’ve been able to protect funding because you and your fellow committed public media advocates have consistently told Congress that you value public media.

In the coming weeks, we may need public media supporters to speak up again. Next, the full House and Senate may consider these funding bills.

Protect My Public Media will send out an action alert if there are any challenges to funding.

Not signed up to receive Protect My Public Media action alerts? Join our Action Network.

Thank you to the hundreds of thousands of Protect My Public Media advocates who fight to keep our local public radio and television stations strong.