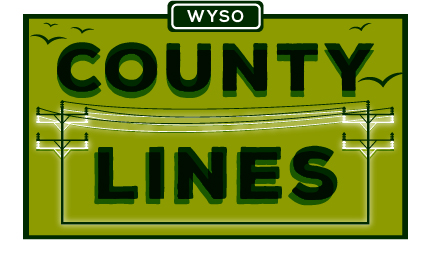 County Lines is a public radio series about rural life in southwest Ohio produced by WYSO in Yellow Springs.

In its first year, the series has explored subjects like the rural-urban fringe, the challenges of rural health care, the tradition of barn art, the history of quail hunting in Ohio and the phenomenon of the black squirrel. The federal investment in public media, which amounts to about $1.35 per American, enables WYSO to develop initiatives like Community Voices, produce programs like County Lines and share stories that affect everyone in our community, including our rural neighbors.

The Spark to Tell Stories of Country Life

Several years ago, we decided to increase our reporting on the rural parts of our coverage area, which includes Dayton, Springfield and parts of northern Cincinnati, in addition to several fully rural counties. However, those rural stories were not being told as consistently as we wanted and we created County Lines to fill that gap.

We secured grant funding from Ohio Humanities and engaged a local freelancer named Renee Wilde, as the series reporter. She is from rural Greene County, where she raises horses and dogs on several acres near Jamestown. She finds stories for County Lines all over the region and works hard to go beyond rural stereotypes.

Wilde learned her radio skills in WYSO’s unique Community Voices radio training project. We teach local people of all ages and backgrounds to make radio in a tuition-based, comprehensive, six-month training course and through daylong workshops on topics like digital audio editing and podcasting.

WYSO started Community Voices in 2011 to give local people the chance to tell their own stories, in their own words. Our community producers create more than 200 stories a year and listener support for their work is strong. Some of our other Community Voices series are Dayton Youth Radio, Veterans Voices and Senior Voices.

County Lines and our other Community Voices series are two important ways that WYSO serves and represents the audience of Dayton-Yellow Springs. These initiatives help local people tell their stories.

Like public radio stations everywhere, we provide locally-produced programs that support civic conversations about the lives of our citizens, the challenges they face and the dreams they have for the future. This kind of programming is so important at this time in our country, when speaking across differences can be so difficult.

Neenah Ellis is the general manager of WYSO and a working journalist. Her radio career began in high school working at her parents’ commercial radio station in Valparaiso, Indiana. She came to WYSO in 2009 after 30 years as a radio documentary producer in Washington, D.C. She has been a producer for “All Things Considered” at NPR and has won three Peabody Awards, broadcasting’s highest honor, for her work. She is also the author of “If I Live to be 100: Lessons from the Centenarians,” which is based on her radio series about people 100 years of age.