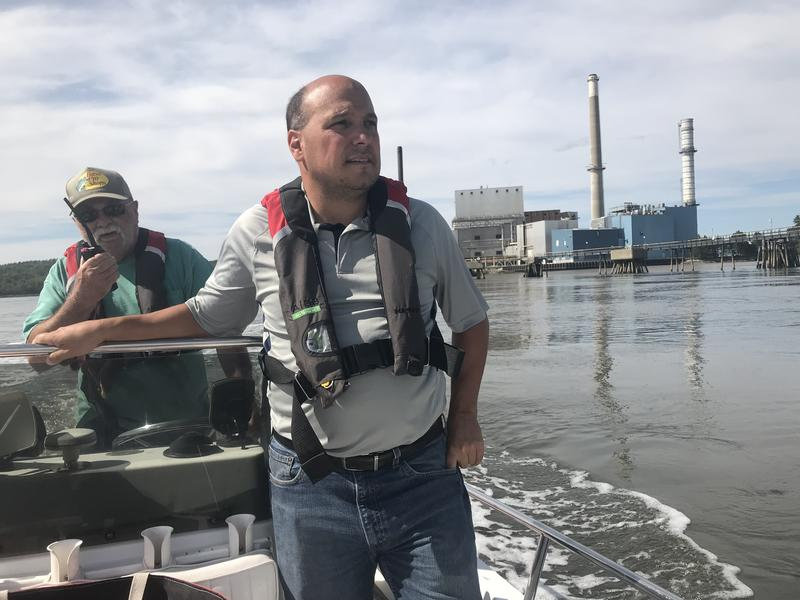 Maine Public Media’s Aquaculture’s Next Wave, which covers Maine’s rapidly-transforming fishing industry, exemplifies public radio’s commitment to local communities. “Aquaculture,” the farming of fish and other seafood, has grown as an industry in the state, in part due to technological advances and in part due to efforts to cope with the rapid warming of the Gulf of Maine. With the comprehensive five-day multimedia series Aquaculture’s Next Wave, Maine Public sought to capture and characterize this moment of dynamism in Maine’s landmark industry.

According to Maine Public senior editor Keith Shortall, Aquaculture’s Next Wave serves as “one of the first and most recent examples of the kind of [enterprise] reporting we’re moving towards” as the organization works hard to meet the needs of its local community.

“The Gulf of Maine is a rich fishing ground, and fishing is associated with the identity of the state,” Shortall says.

Aquaculture, which dates back to a 1949 federal grant to grow wild species, is closely intertwined with that identity. Past coverage of aquaculture focused primarily on specific events or lawsuits involving the issue. “Locals were concerned about pollution and disease and about escaped fish contaminating the wild salmon populations,” Shortall says.

Over the last few decades, however, aquaculture has grown dramatically due to rising global demand for seafood, advances in farming technology, and concerns about climate change. The Gulf of Maine is warming faster than 99% of the world’s oceans. While this is beneficial for Maine lobster fishermen in the short run, it raises concerns about long-term stability.

“Fred Bever, who did most of the reporting for the series, observed accelerating innovation in response to climate change. Industries were diversifying. He proposed a series instead of one-offs,” Shortall says.

Aquaculture’s Next Wave is an example of enterprise reporting, which generally consists of multimedia series that are carefully planned and promoted in order to optimize audience engagement. Recognizing ongoing changes in the news media industry, Shortall says, “We need to do reporting that can live online longer and can deliver a longer impact.”

Aquaculture’s Next Wave does precisely that. Released over the course of a week, this five-story series features text, audio, video, photographs, and data visuals. It exemplifies public radio’s commitment to local communities, as well as its willingness to embrace innovation in its pursuit of content that matters and engagement that counts.

As is evident in Aquaculture’s Next Wave, Maine Public reporting plays a key role in keeping Maine residents informed on developments affecting their day-to-day lives. With continued federal funding through the Corporation for Public Broadcasting, Maine Public can continue to make the changes it needs in order to fulfill its public service mission.

“We’re constantly asking, ‘What’s the best way to reach our audience and serve them,’” Shortall says.

The answer to this question shifts along with changes in communities and news media alike; local public radio stations must be flexible and responsive to transformative technological innovations. With Aquaculture’s Next Wave, Maine Public rises to the challenge.

Eliza Jane Schaeffer is an intern with the Policy & Representation team at American Coalition for Public Radio. She attends Dartmouth College, where she is a junior.