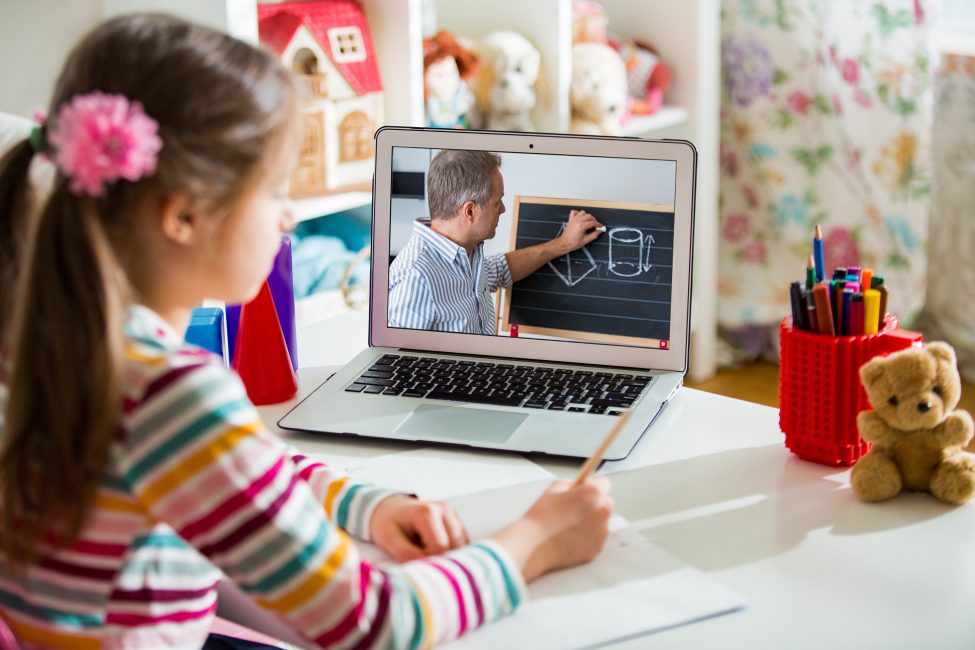 Following the broad school closures due to COVID-19 in March, local public media stations quickly transitioned to provide at-home learning services to pre-K through 12th grade students in all 50 states and U.S. territories.

According to recent federal data, about 14 percent of households with school-age children do not have internet access, and many are lower-income and live in rural areas. As classrooms moved online, alternatives were needed to help close the digital divide for students without a reliable internet connection.

Over-the-air learning remains very important for LAUSD’s 700,000 students as 25% do not have internet access, and 50% do not have critical at-home learning tools such as a computer or tablet.

At the start of this new school year, PBS SoCal/KCET and KQED (San Francisco, CA), working with other stations in California, launched the statewide California Public Media Education Service. This service provides educational programming over-the-air and offers a collection of free public media digital resources and online training and events to educators and students, easily accessible through PBS LearningMedia.

In Idaho, Idaho Public Television (Boise, ID) set up an entire distance learning ecosystem providing broadcast programming for grades 4-12 and bilingual resources for PreK-12 to help support families, educators, and communities during the COVID-19 pandemic. The online portal provides resources in both Spanish and English and includes educational games for kids, workshops for educators, and much more.

In addition, Idaho Public Television launched Classroom Idaho, which features instructional lessons taught by certified Idaho teachers broadcast to students across the state. The program was recently renewed for another 14-week session, running through the end of 2020.

Idaho – like many states with large rural populations – has varying levels of internet connectivity and a study from the State Board of Education reported that over half the K-12 students in Idaho do not have access to a digital learning device at home. Idaho Public Television can reach over 99% of households for free, making this service essential for the continuation of learning for many students.

Like Idaho Public Television, many public television stations serve rural communities and have worked to ensure students are not left behind by the digital divide.

In Kansas, an alliance between the Kansas State Department of Education, the Continuous Learning Taskforce, and the Kansas Public Broadcasting Service, gave students of all ages another avenue for learning. The collaboration launched Learning Across Kansas, a series of 30-minute shows individually produced for elementary, middle school, and high school students featuring grade-specific content and hosted by Kansas teachers. Dyane Sokolowski, 2013 Kansas Teacher of the Year and a Chair of the Task Force called the Kansas PBS Alliance, “the perfect partnership to reach every learner in Kansas – from our most rural communities to our most populated neighborhood – easily and effectively.”

Alaska Public Media Supports Students In and Out of the Classroom

In partnership with the Anchorage School District, Alaska Public Media (Anchorage, AK) is making at-home learning easier for everyone. Students in Alaska have started to return to the classroom part-time depending on grade. To support students both in and out of the classroom, the station is broadcasting academic content statewide – including to the most remote areas – and providing alternative methods of learning and teaching to those who need it.

Like many public television pandemic response programs that started in the early spring, VA TV Classroom has been renewed to run through the fall as schools remain closed.

The second season of VA TV Classroom was made possible with funding from the Coronavirus Aid, Relief, and Economic Security (CARES) Act that was passed by Congress in March.

The COVID-19 pandemic has caused unique and unexpected challenges for all Americans this year. While federal funding – amounting to about $1.40 per American annually – has always been vital for local public media stations, now it is even more indispensable than ever before.

The remote learning services provided by local public media stations have been largely unbudgeted as stations face the economic consequences of the pandemic. Local stations have prioritized these remote educational services because they are grounded in their missions to ensure all students have the tools they need to succeed in school and life.

In addition, Congress is finalizing the Fiscal Year 2021 spending bills that contain essential funding for more than 1,400 local public radio and television stations. This annual funding is essential to local stations’ public service missions and community-based services, including educational outreach to students. Urge your Members of Congress to support federal funding for local public radio and television stations in the annual appropriations bills.

Public media has been one of America’s strongest assets to support students, educators, and parents during an unprecedented crisis. It is important that lawmakers hear from you about these services and how they make a difference in your life. If public media has helped educate your family, make your voice heard today.