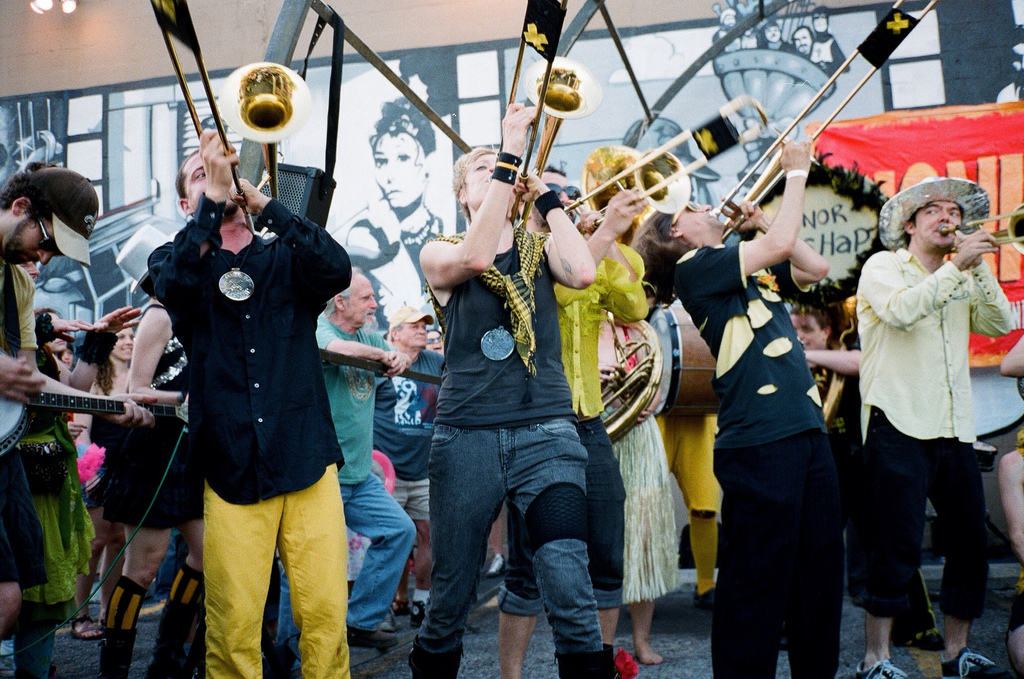 Public radio stations across the country devote themselves to providing their listeners with unique sounds they can’t find anywhere else. And KUTX, the public radio music station in Austin, Texas, a city known for its music (SXSW and Austin City Limits, anyone?), is no different.

Producer Delaney Hall created the Austin Music Map in collaboration with KUTX and AIR. The project was one of ten local initiatives comprising AIR’s nationwide Localore production. This online, interactive map has pinpoints all over Austin, each representing an under-the-radar music venue that many might otherwise miss. Music lovers in the community submit audio, video, photos and stories to the project that supplement those already put in place by KUTX.

Explore the map to see (and hear) tango in east Austin, a honkytonk revival, and dance parties downtown, to name just a few highlights.

Living up to the moniker of the “Live Music Capital of the World”, this spring KUTX hosted MapJam, a day-long music festival that featured bands at venues all across Austin and celebrated the diversity of local music deep in the heart of Texas. MapJam featured eight local bands at some of the venues highlighted by the Austin Music Map, a more intimate and localized version of some of the bigger music festivals in Austin.

And KUTX isn’t alone. More than 180 public radio stations are devoted full-time to music and an additional 661 include music as part of their regular programming line-up. These stations air more than 5 million hours of music per year, most of which is local.

Austinites are pretty proud of our own public radio station, KUT, and the diversity of sounds coming from all corners of the city. Hailing from Austin myself, I might be a touch biased about how awesome Austin is. But I’d add public radio onto the list of what makes Austin so great. We rely on our local radio stations to introduce us to new genres we may never have had the opportunity to hear and to give local artists airtime they don’t get anywhere else. KUTX and the Austin Music Map do both—and now, you can explore it yourself!