Local homes in Santa Clarita, California begin to be evacuated as the fires come even closer. Photo credit: Flickr user Erick Pleitez, not affiliated with Protect My Public Media.

Twelve years ago we experienced one of the greatest tragedies on American soil, the attacks of September 11th. We learned many lessons from 9/11. Sadly, we learned that sometimes we can’t control the actions of others, despite how evil. We also learned that we need to take steps to be more prepared to respond to emergencies. In recognition of this, September was chosen as National Preparedness Month.

When we think about getting ready for emergencies we think about flashlights, extra batteries, radios and canned food. If we live in areas that are prone to natural disasters, we have a game plan of where to go and what to do if our homes are in the path of destruction. But how are we kept informed about emergencies? How do first responders get the information they need if cell networks are overloaded? Your local public television station plays an important role in keeping your community informed during local and national emergencies. 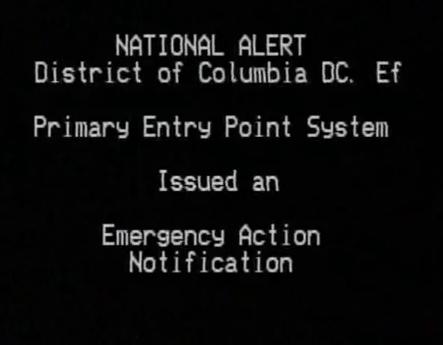 How do public television stations keep us safe during emergencies?

This is only a test. Almost everyone has experienced unscheduled interruptions during their favorite television programs. Your device blares an annoying sound and robotically repeats “this is only a test.” This is an emergency alert test, and your public television is part of a national communications network. If you’re watching your local station during an emergency, you’ll be notified and given instructions to help you stay safe. Your local public television station also supports the national alert and warning system. This system delivers critical information using the broadcast stream to the computers of top emergency management officials in each state during national crises.

What happens when I lose power? When the electricity is out, cell phones are a critical source of emergency information. Your station uses its broadcast equipment to help send emergency alert text messages to cell phone providers. You may sign up to receive these messages on your phone. This service helps people stay safe and informed even when the power is out.

What happens when no one has access to their cell phones or internet? During emergencies, sometimes traditional lines of communication like cell phones and the internet aren’t available. Digital technology used by stations allow local, state and federal agencies to send emergency alerts and warnings to schools, health departments and emergency operation centers without an internet signal quickly. The information travels smoothly through the broadcast stream. This public television network doesn’t have the data limits that often freeze cell phone operations and other communications technologies during emergencies. 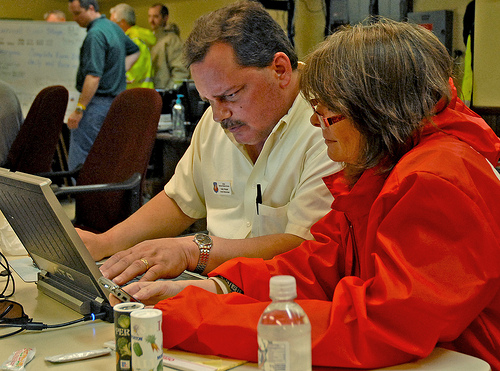 The Paducah emergency operations center is abuzz during the spring floods of 2011. Photo Credit: Flickr user LouisvilleUSACE, not affiliated with Protect My Public Media.

For example, Vegas PBS (Las Vegas, NV) has partnered with local emergency responders and other partners to send emergency messages and response plans directly to responders on the scene. Their partnership with schools and law enforcement ensures that they can provide real-time school blueprints to police in their vehicles to help facilitate emergency responses needed at schools. In Kentucky, the Louisville Fire Department uses KET’s digital network to send weather radar images, forecasts, and warnings to all Metro Louisville fire stations.These are just two examples of local stations helping their local communities during emergencies.

Public television stations nationwide are the backbone of helping keep communities and first responders informed during national and local crises. Public television’s important role in public safety and emergency preparedness is just one of the many essential services that the public media system provides all Americans. These activities are well worth the federal investment of a $1.35 per taxpayer per year that helps support the public media system and keep all Americans safe.