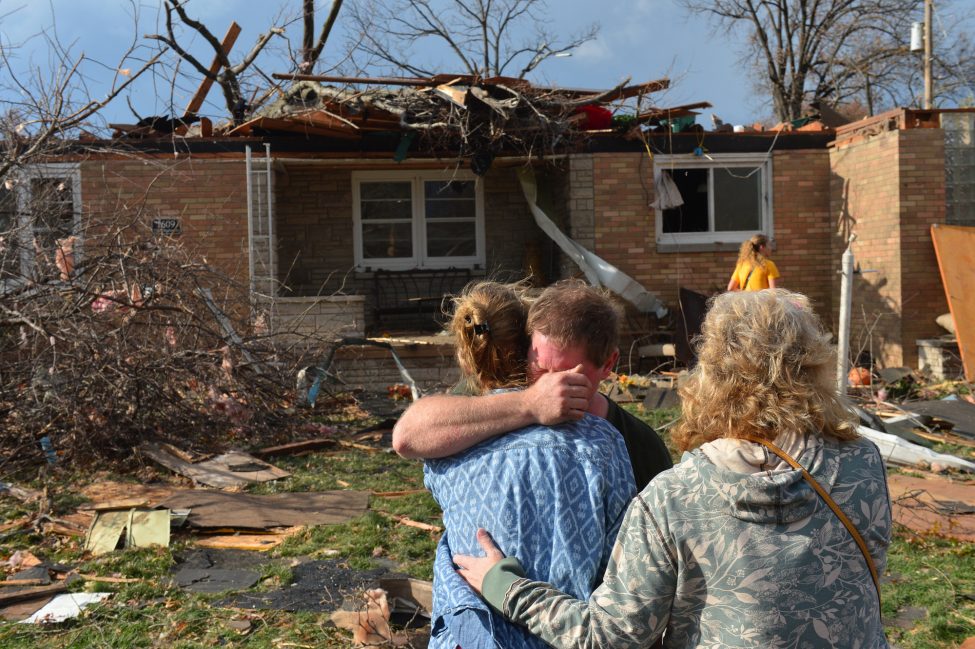 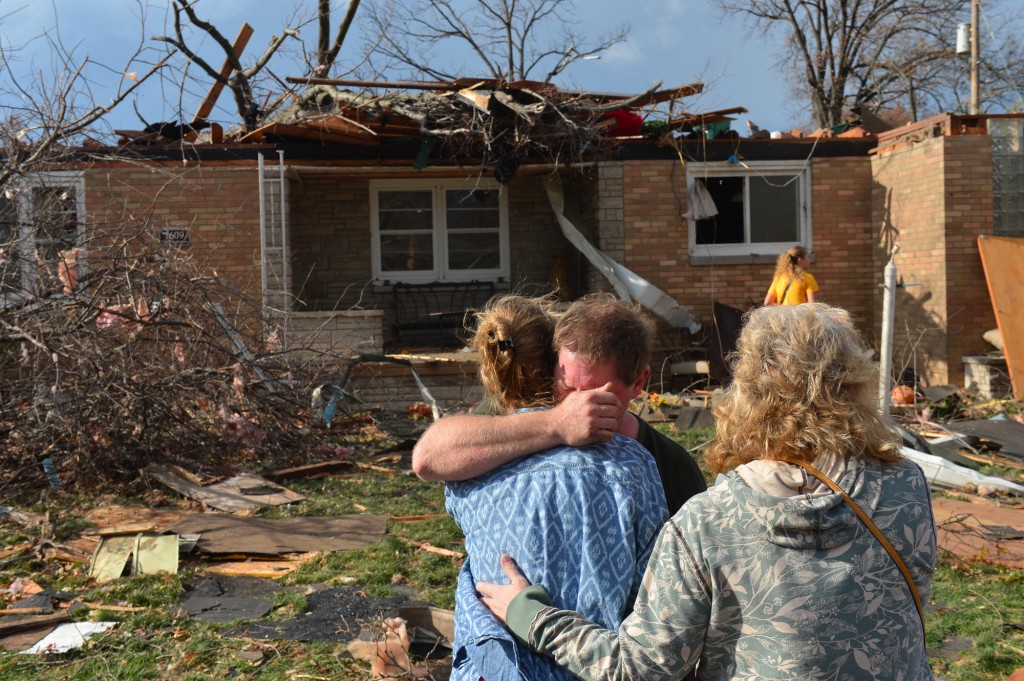 Ray Baughman embraces family shortly after his home was destroyed by a tornado that left a path of devastation through the north end of Pekin, Il., Sunday, Nov. 17, 2013. Photo credit: Fred Zwicky, AP Photo/Journal Star

After 24 tornadoes ripped through Central Illinois on November 17, 2013, public TV acted quickly to lend a hand to neighbors in need. WTVP, the PBS station serving the region, teamed up with commercial TV stations, local public radio, and the American Red Cross to jump start recovery efforts. The end result, “Help on the Homefront, ”a telethon to benefit Red Cross Illinois Tornado relief efforts, reminds us of the importance of being a good neighbor.

Teaming up with Commercial Broadcasters to Help Tornado Victims

Just three days after tornadoes devastated the region, WTVP produced a telethon to raise awareness and funds to feed, clothe, house and help thousands of Central Illinoisans get back on their feet. Public and commercial broadcasters (WEEK/WHOI, WMBD/WYZZ and WAOE) joined forces to help the tornado victims. All local stations participated and aired the special event. WTVP produced the three and half hour program in their studios. WTVP and local commercial stations lent their warm, familiar faces — news and weather anchors — to help host the event. News staff from Peoria Public Radio, the local public radio station, also appeared on the program. Local and Chicago area commercial stations picked up parts of the program, and Peoria Public Radio carried the WTVP stream of the event. 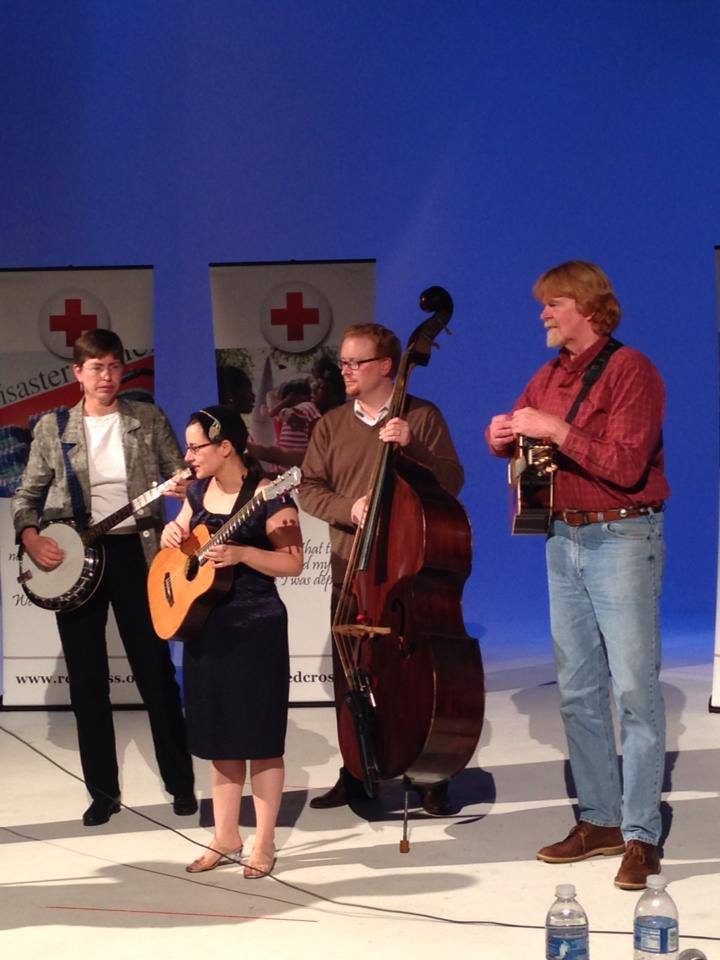 Not Your Average Telethon

In addition to the personalities that Central Illinoisans see and hear every day, tornado survivors, first responders, state and local politicians and administrators, musicians and volunteers took part in the event. Tornado survivors sporting bright orange t-shirts reading “Washington Strong” provided eyewitness accounts of the storm. They discussed the strength of their community, and the importance of returning to normal daily life. Governor Pat Quinn and Congressman Aaron Schock separately encouraged viewers to help the tornado victims. Lieutenant Governor Sheila Simon broke out her banjo, and offered her support and a little music with the help of the Washington Tribute Band. Members of the Heartland Festival Orchestra and the Peoria Symphony Orchestra played a few songs with the spirit of community support. A band of volunteers staffed the phones as Illinoisans dialed in to pledge their financial support.

The “Help on the Homefront” telethon not only raised awareness of the tornado damage but it also brought the community together at a critical moment. Further, it helped a lot of much needed funds to help rebuild the impacted areas. “Help on the Homefront” telethon sent $896,809 directly to the American Red Cross designated for Illinois Storm Relief.

Public TV Brings the Community Together

In the words of public TV icon Mister Rogers, “When I was a boy and I would see scary things in the news, my mother would say to me, ‘Look for the helpers. You will always find people who are helping.” WTVP’s telethon captured the spirit Mister Rogers described. The telethon was a community forum to help neighbors in need. Public TV was the best place to host the event.

A thank you video from the broadcasters. Video credit: WTVP