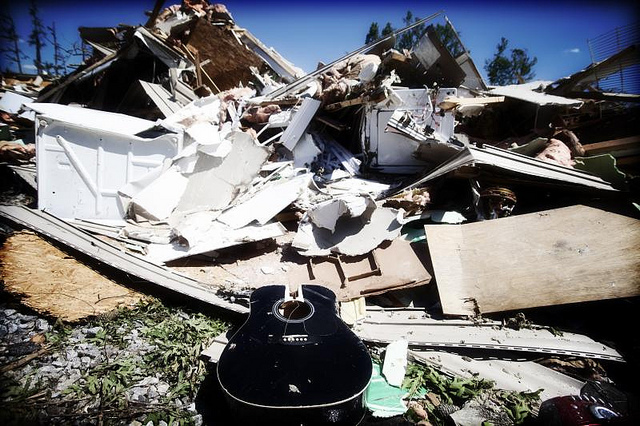 Aftermath of the tornadoes in Cullman, Alabama. Photo credit: Tabitha Kaylee Hawk, Not affiliated with Protect My Public Media.

In honor of National Preparedness Day, we invited Roy Clem, Executive Director, Alabama Public Television, to author a guest blog, “An Alabama Emergency Communications Story,” for our community. We hope you’ll enjoy his expert insight on how his local station and broadcasters support first responders and emergency communications in his state.

Are you interested in contributing to our blog? We’re looking for stories about your favorite public television and radio programs, stations, memories and more. Get in touch with your ideas at [email protected]. Thanks!

April 27th, 2011 did not start off like any other day. Meteorologists across Alabama had been telling the public for days that their computer generated storm models indicated the very serious threat of a significant outbreak of large tornadoes and everyone should be extra alert. 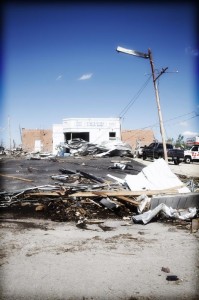 Having a meteorologist in Alabama tell you to look out for tornadoes is a lot like hearing someone ask, “Do you want fries with that Coke?” We have lots of tornadoes in Alabama and it is easy to become complacent. The sad truth about April 27th is the local meteorologists did an outstanding job of emphasizing how bad it was going to be. Many, many people were vigilant. However, we still lost 252 lives. Two hundred and fifty two lives of people of all genders, ages, economic statuses and ethnicities were claimed. Tornadoes just don’t care about who you are or who you think you are! They like to destroy everything in their path. But on that day, they didn’t get to do all they wanted to do. Many more lives were saved thanks to the efforts of local broadcasters. With broadcasters over-the-air broadcasting transmitters we were able to warn thousands of people ahead of time and then help them after the winds from hell blew our lives apart. And even though several broadcasters were blown off the air, the rest of us were still on and we all worked together for the common good. During the tornadoes, my cell phone stopped working. I don’t know if it was because the storm took out a cell tower or if it was like a Crimson Tide football day where so many people try to call at the same time, the system just can’t handle the volume. First responders need something better!

Since public broadcasters don’t have the same strong competitive forces driving key business and programming decisions like commercial broadcasters, we can provide additional public services like public safety applications that keep our viewers and listeners safe during emergencies. I’m proud to say that, in our state, Alabama Public Television’s network of nine television stations provides the over-the-air Emergency Alert System notifications for all broadcasters and the microwave backbone across the state for an internet based two-way interoperable radio system. We are proud to work with our state homeland security folks to support public safety and give them the ability to allow first responders from various agencies from across the state to speak to each other.

PBS stations, including Alabama Public Television, are also involved in the WARN (Warning, Alert and Response Network) system. The WARN system provides a satellite-based backup system to send emergency communications to wireless devices. So, when the internet goes down, public television stations can keep their communities informed with a different pathway for emergency communications.

And shouldn’t that be our top priority? If we cannot keep our viewers safe it won’t matter how well Downton Abbey is performing or how successfully our Martha Speaks program improves a child’s vocabulary because he or she won’t be there to use it.

As an important part of local communities, a state public service media network, like Alabama Public Television, plays an essential role in supporting first responders and emergency communications across the state.