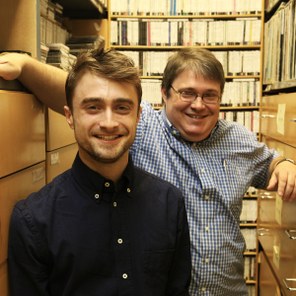 Many of you are probably aware of some of public radio’s more popular podcasts whether it is Wait, Wait … Don’t Tell Me!, Pop Culture Happy Hour or Snap Judgment.

But, public radio stations across the US are producing their own unique and enlightening podcasts that suit all different types of likes and interests.

The public media system is unique. It’s a collaboration of 1,300 local non-commercial radio and television stations that work together with national and local producers and community partners. This collaboration provides all Americans with access to the best and most trusted non-commercial programming in the country. And, did you know that 28% of public radio content is locally produced?

Well, with nearly 1/3 of content being locally produced, no wonder there are some great podcasts that you might be missing!  Below are five podcasts from local stations where you can learn interesting things such as the latest show on Broadway, the nesting habits of an Osprey and hear an interview with Harry Potter’s Daniel Radcliffe on the songs that inspire him most.

KCRW’s Guest DJ Project invites an array of cultural celebrities to share and discuss songs that have inspired and moved them with a KCRW DJ. They have run the gamut from Daniel Radcliffe to RuPaul to LeVar Burton to Olivia Wilde. You can view all the Guest DJ Blogs here and learn really interesting things like Lou Reed’s ‘Walk on the Wild Side’ is his anthem for rock and roll.

KCRW is a public radio station based out of Los Angeles, CA that creates and curates a unique mix of content centered around music discovery, NPR news, cultural exploration and informed public affairs.

2. The Loh Down on Science

KPCC’s The Loh Down on Science is an amusing way to get your daily dose of science in less than two minutes. The program explains the world of science with humor and is hosted by Sandra Tsing Loh. So if you love science or just need a quick factoid, this program could be for you.  You will learn not-so-everyday science skills like how fish can turn spit into a powerful weapon or how you can build your own robot army.

Southern California Public Radio (SCPR) is a member-supported public media network that operates 89.3 KPCC-FM in Los Angeles and Orange County, 89.1 KUOR-FM in the Inland Empire and 90.3 KVLA in the Coachella Valley.

Every Wednesday morning, WQXR’s host Jeff Spurgeon finds out what’s new on Broadway and beyond from The New York Times theater critic Charles Isherwood in the Around Broadway podcast. Whether it’s about off-Broadway shows making their Broadway debut or a look at the hottest tickets of the season, this podcast shines its light on Broadway.

WQXR-FM (105.9 FM) is an American classical radio station  serves the New York City metropolitan are and is owned by WNYC.

When not in the radio studio, Dwight Davis likes to go afield with his binoculars and watch birds. The Bird Notes podcast by WHRO-FM is a result of his long-time interest in birds and this short program covers almost any aspect of bird life, from migration to coloration to birds in art to song. Have you ever wanted to know more about the osprey to the tufted titmouse? Well, look no further.

So tell us? Do you have a favorite local program or podcast from public radio?