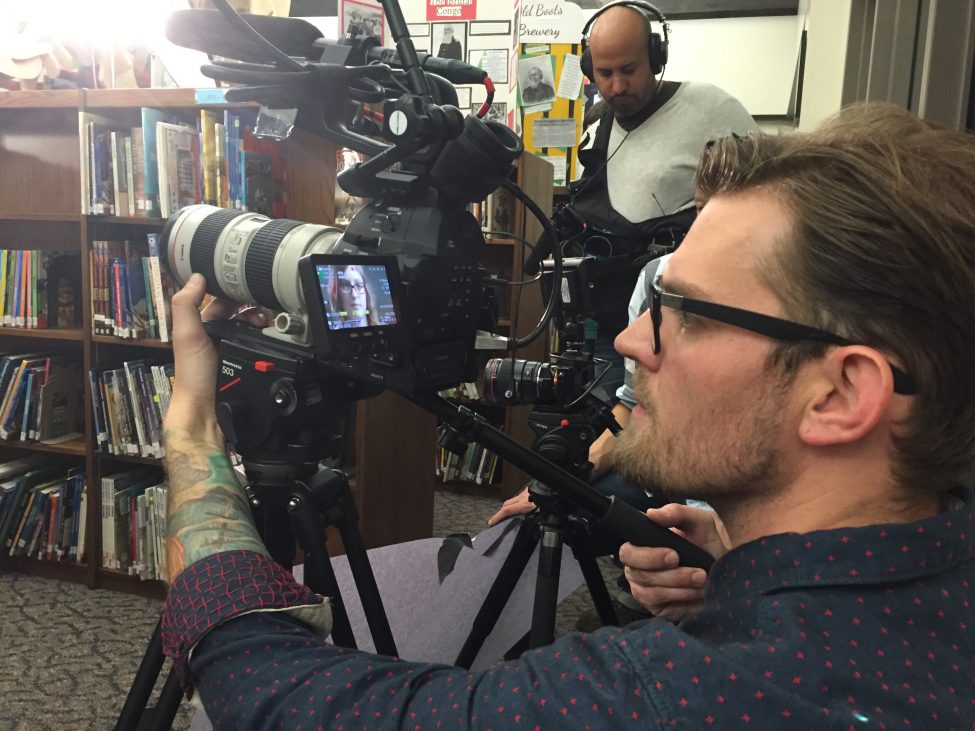 We invited Malcolm Brett, who oversees Wisconsin Public Television and Wisconsin Public Radio in his role as Director of Broadcast and Media Innovations at the University of Wisconsin – Extension, to share his stations’ work to bridge the military-civilian divide.
—- 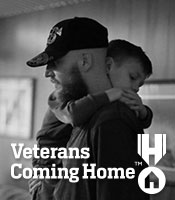 Isaiah, an Iraq veteran who has been recovering from an IED explosion, and his son photographed in Green Bay, WI. Photo credit: Kathleen Flynn

Post 9/11 veterans are returning to civilian life in significant numbers. But despite the influx of “recent veterans” – and perhaps in part because so few Americans serve in the military – veterans report they often do not feel understood by their civilian counterparts. Civilians generally agree that they do not understand the military experience or the veteran perspective. The resulting gap in understanding is often referred to as the military-civilian divide. While each veteran’s experience returning to civilian life is unique and individual, broadly drawn media narratives tend to portray veterans in polar extreme – as heroes and victims, traumatized or injured by their service. Through Veterans Coming Home, we at Wisconsin Public Television and our colleagues throughout the public media system are making a significant contribution toward helping veterans, their families and the communities they return to “bridge the divide” so they may more fully reintegrate within and contribute to their communities.

Our strength in public media is to tell and share significant stories and convene community partners which provides a powerful foundation for this work. Through Veterans Coming Home, local stations deliver personal stories that convey larger issues while reaching new audiences with new community partners. This collaboration brings a prominent, authentic and effective voice to the veterans conversation. 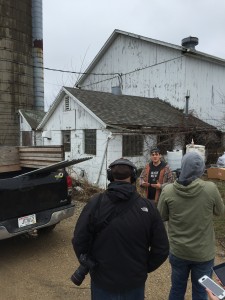 This project, supported by federal funding from the Corporation for Public Broadcasting (CPB), is a multi-platform effort of Wisconsin Public Television and Kindling Group, in partnership with local stations across the country and other national partners. The work features a digital-first, local-national series on PBS.org in partnership with PBS Stories of Service. We’re hosting a robust social media conversation that is already underway and will continue through the summer.

A team of photographers, writers and filmmakers – both veteran and civilian – has been traveling the country creating media across all formats in collaboration with local stations. This is sparking a dialogue about veterans’ lives and their communities and addressing the stereotypes that veterans and civilians hold about each other.

Each team’s visit is informed and shaped by the station’s relationships within the community and ability to connect the team with opportunities and interview subjects. In each community, the team’s work provides added momentum to the local station’s “on the ground” engagement efforts.

Though each veterans’ story is unique, there are common themes regarding veterans reintegrating into civilian life. One compelling theme repeatedly encountered is how veterans continue to seek the close bonds they experienced as part of a military unit. Many of those who volunteered for military service also embrace new forms of public service beyond their time on active duty. Through Veterans Coming Home and other community-based efforts, insights like these are finding new prominence in bridging the military-civilian divide.

Early episodes visit a military recruiter in Kansas City who has found her new tribe in a women’s roller derby team and an activist and artist in New Orleans who was inspired by his veteran father. New episodes, each four to six minutes long, premiere twice a week through the Fourth of July and are available to watch on PBS.org and across all platforms and devices that support PBS video.

Locally, stations are capturing compelling content for broadcast and online delivery and collaborating with partners to organize and participate in local events that engage veterans and civilians in meaningful conversation to build community.

Online, stations are connecting with new, often younger audiences and building relationships by engaging them in a conversation on Facebook, Twitter and Instagram. This sparks dialogue about veterans’ lives and the stereotypes veterans and civilians hold about each other.

In the process, we’re not only bridging the military-civilian divide, but we’re also changing the way we work by engaging the community in the process, learning while doing and connecting with audiences in new ways.

Through our work with the veteran community, we’ve learned that coming home is sometimes a lifelong process. While every war, every deployment, and every service member’s experience is different, one thing that may well be universal is the need for returning veterans to feel welcomed home, to feel understood, and to feel fully part of civilian life. By doing this work, public media can help communities truly thank our veterans for their service.