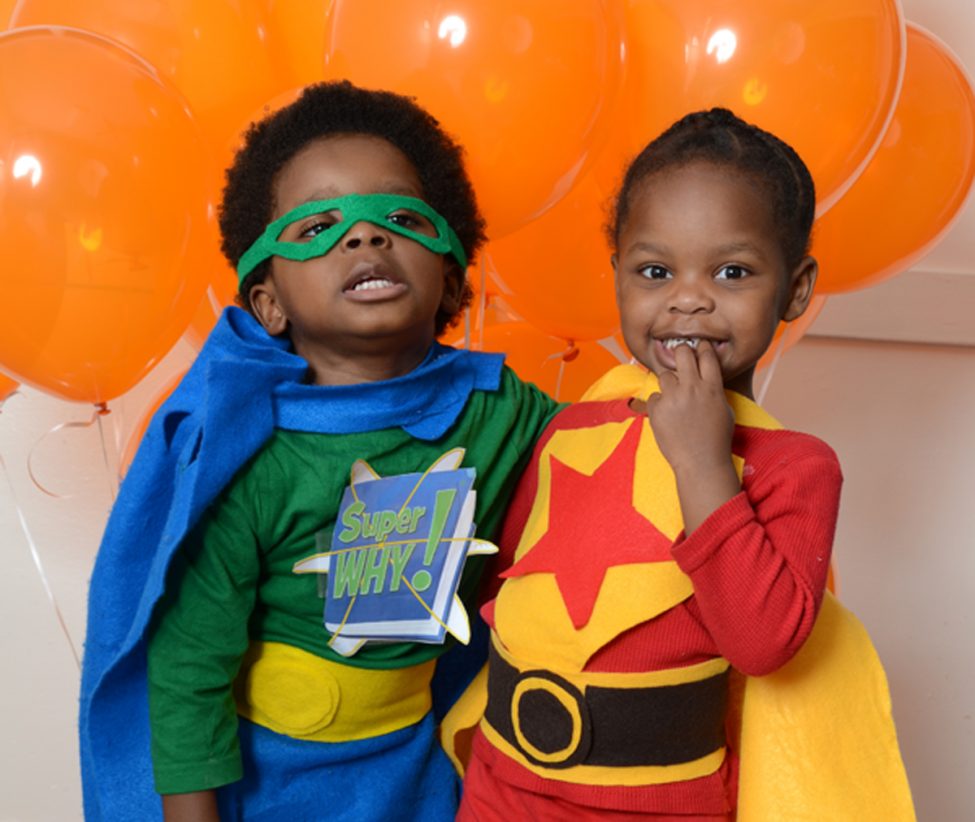 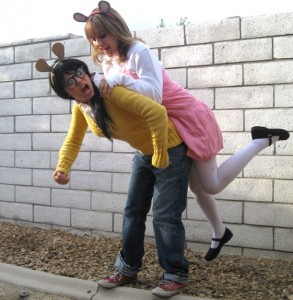 Arthur and DW from Arthur via Pinterest
HEY! HEY! What a wonderful kind of day to wear a public television Halloween costume! 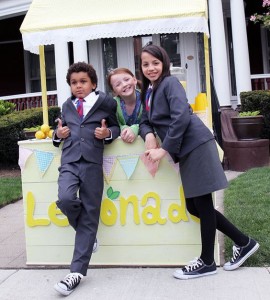 Olive, Otto and Poly Graph from Odd Squad via Pinterest
Something very ODD is happening at the lemonade stand. 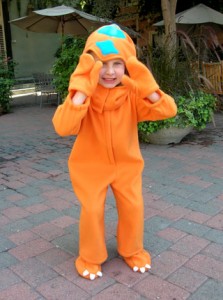 Buddy the Dinosaur from Dinosaur Train via PBS
This public television Halloween costume inspires this kiddo to hop on-board and get ready to learn! 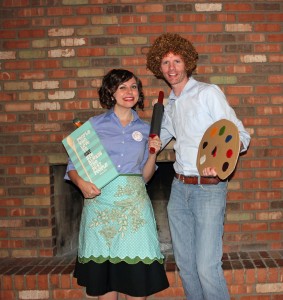 Julia Child from The French Chef and Bob Ross from The Joy of Painting via fridaywereinlove.com
Channeling creativity in the kitchen and on the canvas.

5. Bob the Builder and Wendy 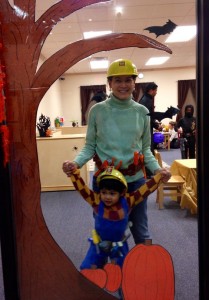 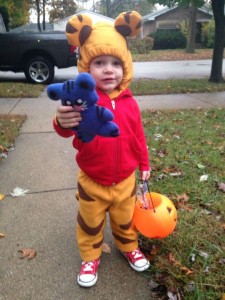 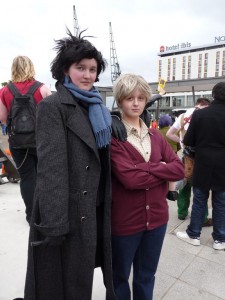 Sherlock Holmes and Dr. John Watson from Sherlock via cosplayisland.co.uk
The legendary mystery solving duo are always on the case. 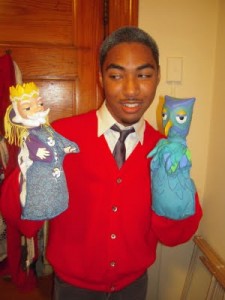 Mister Rogers from Mister Rogers’ Neighborhood via madsvassarblog.com
A throwback honoring our favorite neighbor, pictured with King Friday XII and X the Owl.

9. Curious George, the Man in the Yellow Hat and a Banana 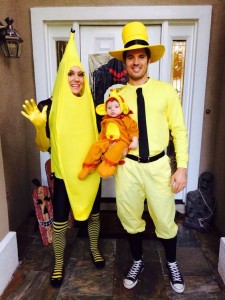 Curious George and the Man in the Yellow Hat from Curious George via Pinterest
Who needs Halloween candy when you’ve got a giant banana with ya! -George 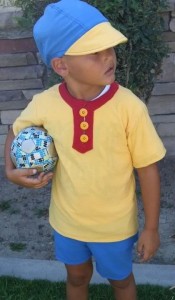 Caillou via Pinterest
Looks like he’s ready to play and explore in his public television Halloween costume! 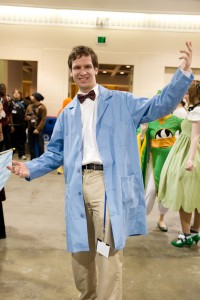 12. Super Why! and WordGirl 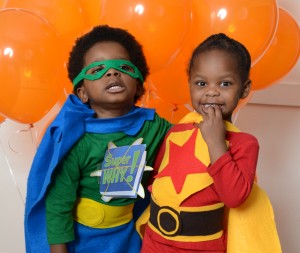 Super Why! and WordGirl via Chicago Parent
These two heroes are ready for anything! 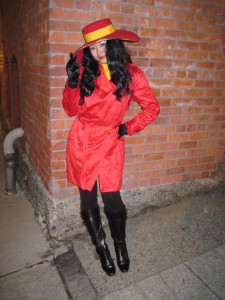 Carmen Sandiego from Where in the World is Carmen Sandiego? via The Thought Pantry
This thieving villain makes an unexpected appearance on camera. 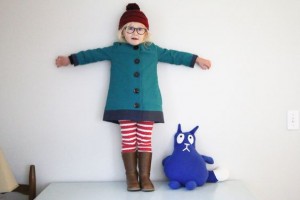 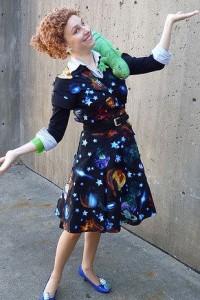 Ms. Frizzle from The Magic School Bus via Pinterest
Zero chance of a normal field trip with beloved teacher, the Frizz. 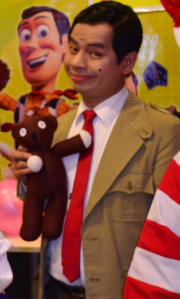 Mr. Bean via Sweet to My Taste
This odd-ball is always a welcome guest at Halloween parties. 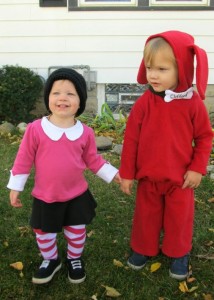 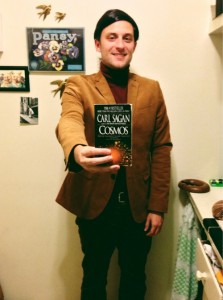 Carl Sagan from Cosmos: A Personal Journey via Pinterest
Journey through the cosmos with this legendary scientific figure. 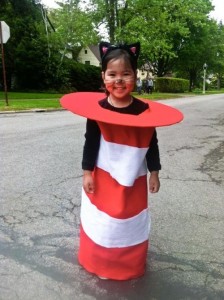 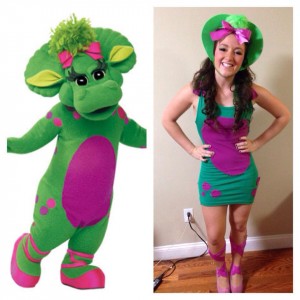 Baby Pop from Barney and Friends via asotnews
This dino pal is all ready to celebrate Halloween with Barney and friends! 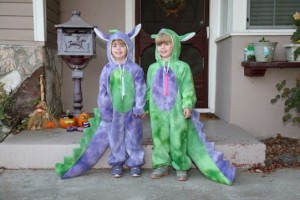 Zank and Wheezie from Dragon Tales via finksnorph.com
Let’s all go to dragon land in these adorable public television Halloween costumes! 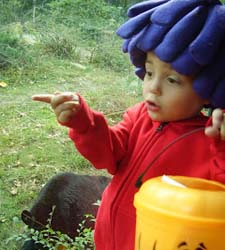 Sid the Science Kid via PBS
The world is full of questions just waiting to be answered by kids like Sid. 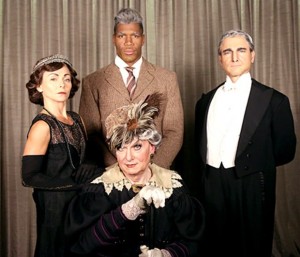 Downton Abbey via Pinterest
Michael Strahan and Kelly Ripa from Live with Kelly and Michael can really pull off the Crawley look. 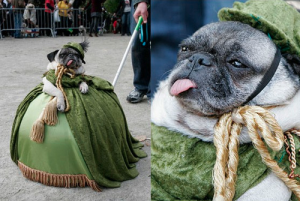 Are you wearing a public television Halloween costume this Halloween? Share your photos in the comments below!