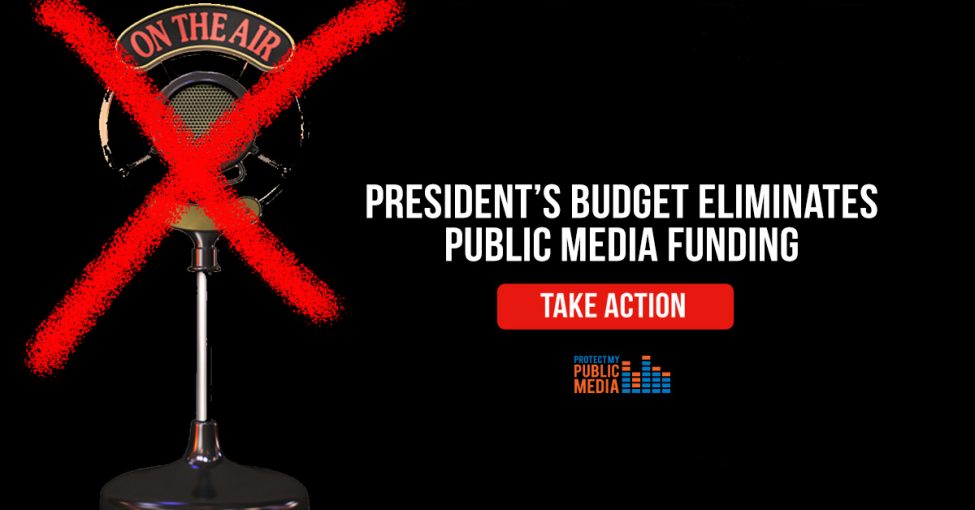 Here’s why the President’s call to eliminate public media funding is a dangerous proposal:

Here’s what you should know:

There have been calls to eliminate public media funding before. However, we have successfully overcome those challenges by making our voices heard on this important issue.

What you can do right now:

Sign up for our action alerts now, so you know how you can raise your voice in support of your public media stations.

Together, we can save our stations and programs.