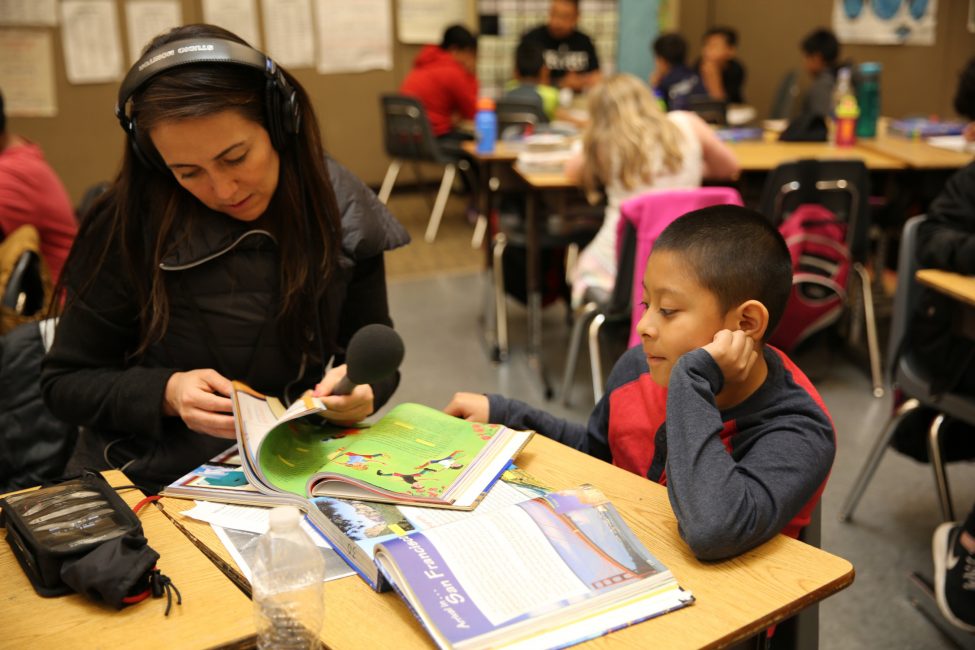 In 2012, Oregon Governor John Kitzhaber signed a law setting a goal for the state to reach a 100 percent high school graduation rate by 2025. At OPB, Education Reporter Rob Manning started thinking about how to cover the pledge, the state’s work to achieve the goal and put a face to the students affected by the law.

Manning worked with our editors and eventually developed an idea to report on the new Oregon goal, follow a group of students starting kindergarten in 2012 and continue with them through their high school graduation in 2025. We named the project “Class of 2025.” The objective was to have Manning and others track the progress of selected students and report on their academic challenges and accomplishments through the years, share stories about their families, and provide a lens into their lives at school and at home.

The first hurdle of the project was finding a school that would allow us to follow the students’ progress and was diverse and demographically representative of Oregon as a whole. Manning connected with the principal of Earl Boyles Elementary school in Portland and received approval from the school district to move forward. He and former OPB reporter Amanda Peacher then asked parents of kindergarteners if they would be interested in participating in the project from first grade onward. Ultimately, 27 students and their families agreed to participate in the “Class of 2025” group.

The next challenge for us was figuring out how OPB could fund the project and balance it with Manning’s day-to-day education reporting that the community relies on to keep up-to-date on education issues in Oregon.

How to Fund a Big, Long-Term Project?

We needed to find the resources to continue reporting about the ongoing, everyday educational issues and stories that our audience cares about, while also pursuing the long-term, “Class of 2025” project that also has value to Oregonians.

In 2013, OPB received a Strengthening Education Reporting Grant from the Corporation for Public Broadcasting (CPB) that allowed us to hire a part-time education reporter and allow Manning to focus on the “Class of 2025.”

The grant was part of CPB’s “American Graduate – Let’s Make It Happen!” public media initiative to address the dropout crisis. CPB provided grants to nine public media organizations to enhance our capacity to create high-quality multimedia content that aligns with the initiative.

Although the grant has ended, we hired De La Torre full time to continue to work on “Class of 2025” and to produce other Spanish-language news stories.

Our ongoing coverage of this group of students has been published on the radio, TV, online, in Spanish and English-language podcasts and social media. By the time the project ends, we estimate that OPB will have 13 years of footage and reporting. We would like to create a longer documentary for TV and online chronicling this group of kids growing up and tracking whether Oregon meets its goal.

“Class of 2025” is a leading example of how public media communicates the issues that matter to our communities and how public media journalists dive deeper into locally important topics that may not receive national media coverage. Without funding from CPB, growing this ongoing multimedia reporting project would not have been possible.