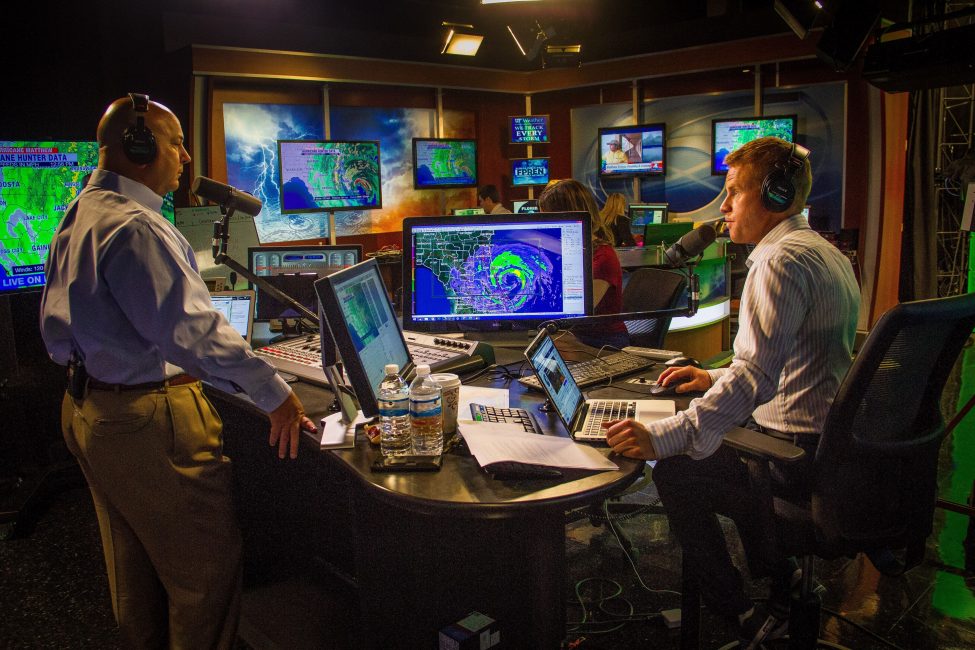 With a month remaining in hurricane season, America has experienced nearly double the average number of storms for an entire season. Experts believe the severity of this hurricane season is only going to become more common in the future. Public media stations serving communities along the Atlantic seaboard and the Gulf Coast stand as front-line resources for state officials and citizens affected by hurricanes and other significant weather and emergency events.

Public radio’s most ambitious and successful effort in serving coastal states is the Corporation for Public Broadcasting (CPB) award-winning “Florida Public Radio Emergency Network” or “FPREN,” which has become a model for serving and protecting our communities in times of crisis. FPREN provides public media audiences with critically important lifesaving multiplatform content before, during, and after hurricanes and other significant weather events.

“Public safety and emergency messaging fit the core mission of public media so well, and what we do with FPREN serves every audience in every size market equally. Our model serves WQCS in Ft. Pierce just as effectively as it does WLRN Miami and on all media platforms. From Matthew to Irma, Michael, and other recent hurricanes, FPREN has proven to be a significant positive enhancement for what’s possible in our public safety work in Florida,” explains Randy Wright, Executive Director of the University of Florida’s Division of Media Properties, which oversees WUFT-FM/TV and FPREN.

Serving each of Florida’s 13 public radio stations and nearly all of Florida’s population, FPREN provides real-time and continuous multiplatform emergency updates that seamlessly integrate into local station programming. Headquartered at WUFT-FM/TV at the University of Florida in Gainesville, FPREN is an essential resource in delivering up-to-the-minute public safety content on air, online via each station’s local digital and social platforms, and via the Florida Storms mobile app.

FPREN was developed to provide public media with the tools to deliver comprehensive public safety and emergency communications support to listeners, emergency management officials and first responders. Through the decades, hurricanes trigger evacuations by millions of people, and FPREN enables public media to serve Floridians throughout the state, and on any platform with the critical information they need about their community and the impact storms are having.

FPREN produces live and packaged hurricane and other public safety information via radio and publishes real-time updates to station websites and social media. Additionally, through the Florida Storms mobile app, each station is represented, so users can automatically stream the closest public radio station and their digital and social media to ensure they are receiving the most relevant local emergency information. This feature has been very useful for evacuees who aren’t familiar with their surroundings and need evacuation routes, shelter information, and local emergency management communication. 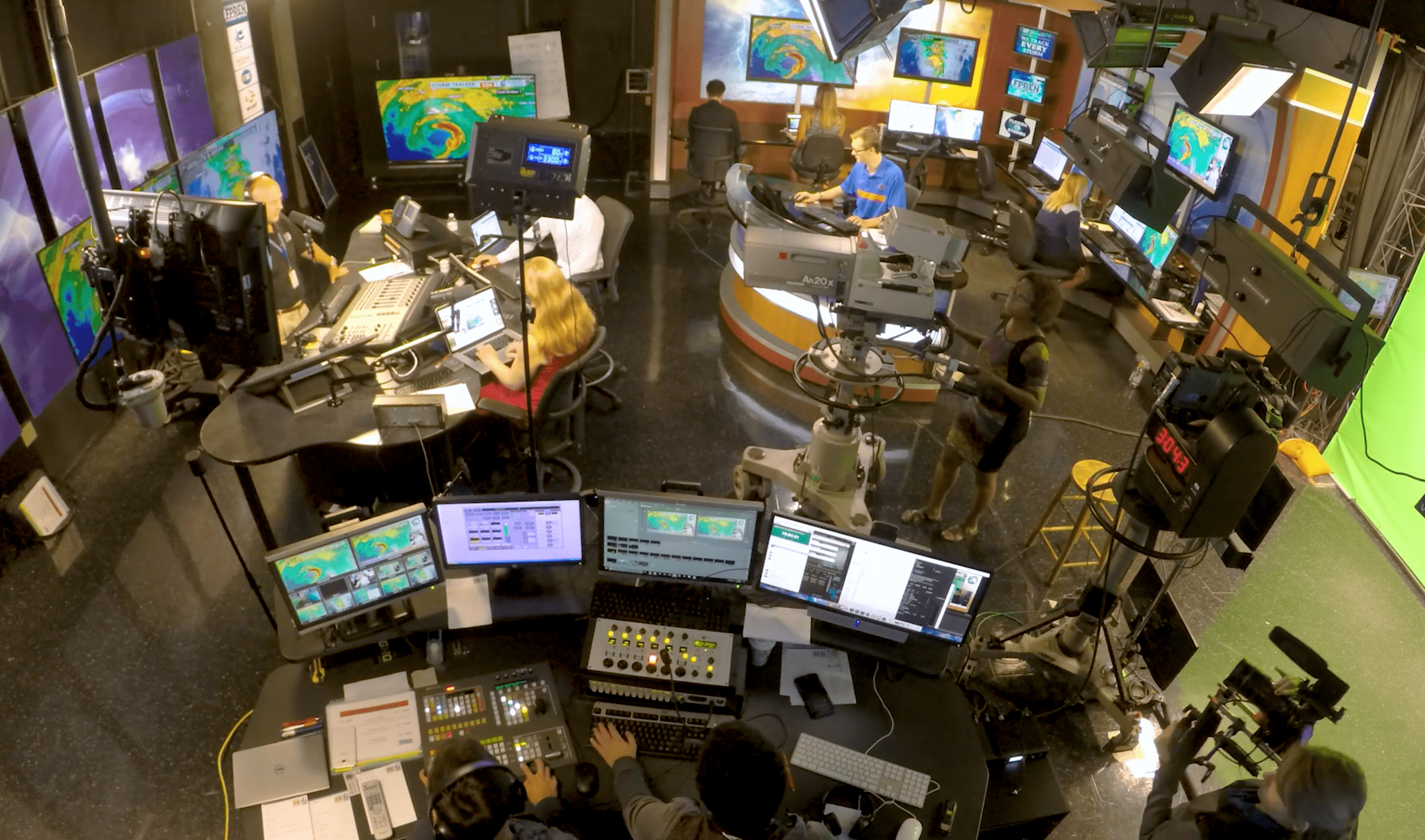 With the foundation in free, over the air broadcasting, FPREN and Florida’s public radio stations are reliable partners to the public and emergency management during the worst scenarios when power is out and cellular and wi-fi service is unavailable. Since the 1990s, every highway in Florida has had signs directing travelers to the nearest FPREN/Florida public radio frequency to aid in evacuations, and the future addition of the Florida Storms mobile app to those signs will be a notable enhancement based on current mobile technology.

Regardless of listener or user location, FPREN provides accessible emergency information to Floridians both where they are and where they are going – with real-time storm tracking, evacuation routes, shelter availability, and even coastal flooding forecast information via the National Oceanic and Atmospheric Administration (NOAA) and the National Hurricane Center, critical for those making evacuation decisions.

Expanding in Florida and Beyond

Beyond FPREN’s mobile and radio efforts, during hurricane season and other states of emergency, The Florida Channel, operated by WFSU Public Media (Tallahassee, FL) and the Florida State Legislature, broadcasts live, closed-captioned television and online and mobile streaming coverage of briefings from the Emergency Operations Center in Tallahassee.

Additionally, in 2018, FPREN partnered with South Carolina Education Television (SCETV) and South Carolina Public Radio to launch the SC Emergency Information Network (SCEIN) that provides a similar suite of hurricane and significant event communications across the Palmetto State. The newly founded network facilitated a critical emergency response during 2018’s Hurricane Florence. SCEIN stepped in to provide updates, Facebook live streams, and on-air reporting throughout the storm to residents. SCETV, as the liaison to the South Carolina Emergency Management Division, produced and coordinated the Governor’s live briefings on its channels. SCEIN has continued to expand and maintain its widespread emergency communications throughout the state this year.

A new grant from the Corporation for Public Broadcasting (CPB) is supporting the implementation of MetaPub alerts at 30 new stations along the Gulf Coast and the southeastern United States, in hurricane-prone areas.

“Our team is very excited about the opportunity to partner with NPR and PRSS in the deployment of the MetaPub technology at a number of stations in the southeast United States.  As our goal has always focused on providing the highest level of service on every media platform, this enhancement is yet another step forward in the FPREN model,” said Wright. 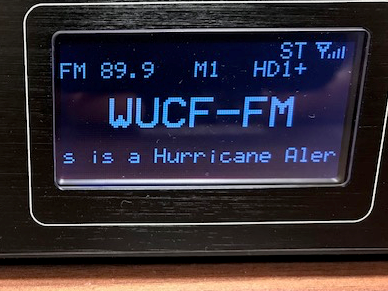 With PRSS’s new MetaPub coverage and FPREN’s expansive network, public broadcasters along the southeastern coast are well prepared to inform and advise Americans in emergencies. During this year’s hurricane season, these services have helped protect residents in high impact areas.

With hurricane season still in full force, Florida’s public broadcasters have remained steadfast in serving as a trusted source of information during times of crisis. Although FPREN is one of the most substantial emergency networks in the country, it is not alone. Public media stations across the southern coast provide real-time coverage to their communities during hurricanes and other natural disasters, as described in our post about WWNO in New Orleans, Louisiana.

Federal funding supports the FPREN, SCEIN, and other local station efforts to alert and inform communities during disasters. When the next major hurricane, weather crisis, or wildfire threatens our communities, public broadcasters will be there for Americans, providing trusted lifesaving information.

“FPREN and the work our public media colleagues do in Florida each day has been made possible because of the investment made at the federal and state level. During a time of commercial media contraction and shrinking news budgets, public media in Florida is investing in initiatives like FPREN that are true difference-makers. We routinely hear from legislators on both sides of the aisle and emergency management officials how impressed they are in the efficiency and effectiveness of FPREN and the work happening through public media in Florida.  FPREN is likely the best example many of us have ever seen of what can happen through having a unique vision of enhanced service and the commitment and support of funding sources to ensure it thrives and impacts millions of people. We’re all very proud of FPREN and the work our teams are doing around Florida to ensure the safety of our 20+ million residents and visitors,” explained Wright.

You can help us spread the word about the importance of public media’s role in emergency preparedness. Email your lawmakers in support of Fiscal Year 2021 federal funding for local public media stations. Federal funding through CPB, Interconnection, and the Next Generation Warning System directly supports local public media stations’ work to serve and protect their communities. Unfortunately, severe hurricanes and other major weather events will continue to occur, so please help local stations keep everyone safe in 2020 and for years to come.